The Resident’s Welfare Association and management boards of Hamilton Court, Windsor Court, and Regency Park II in DLF Phase 4 Gurugram have submitted a formal letter to the Excise Commissioner of Gurugram as well as the Police Commissioner with regard to the removal of a liquor store that has been constructed near the Shri Ram School and the residential complexes. NewsMobile broke the story of a liquor store opposite the Shri Ram School in Gurugram on July 17.

ALSO READ: Parents, residents up in arms as Govt allows Liquor shop opposite the Shriram School

The letter seeks a strong action from the Excise Commissioner to remove the liquor store. The Residents’ Associations cited that the liquor store was in “complete contravention to the recent court directions and rule of law.” The letter also stated that in addition to being in close proximity to the school and residential area, the liquor store was also coming up in the vicinity of a prominent temple. 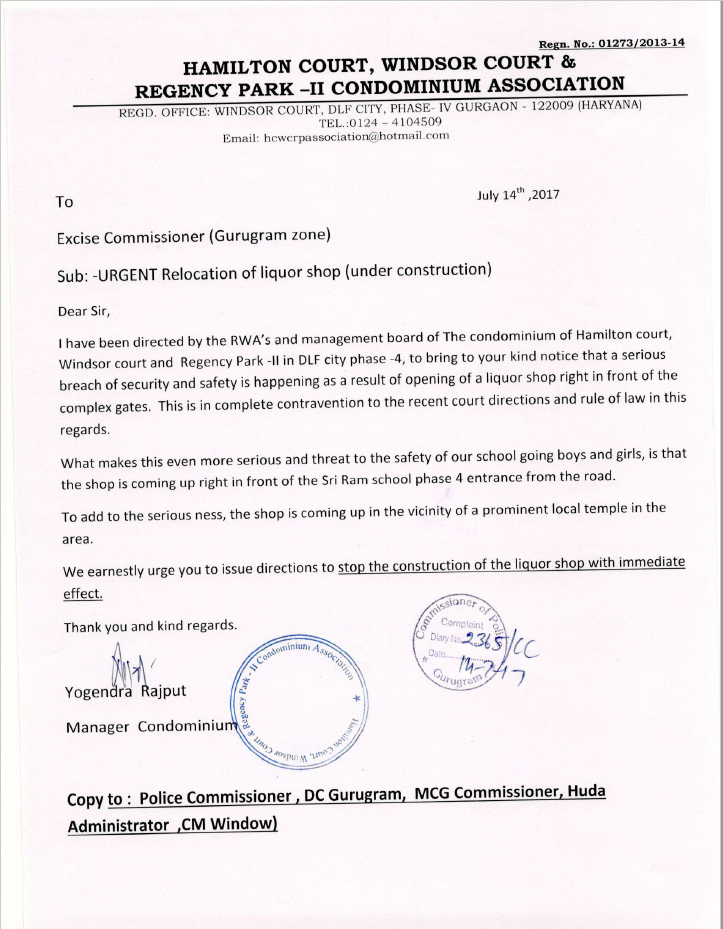 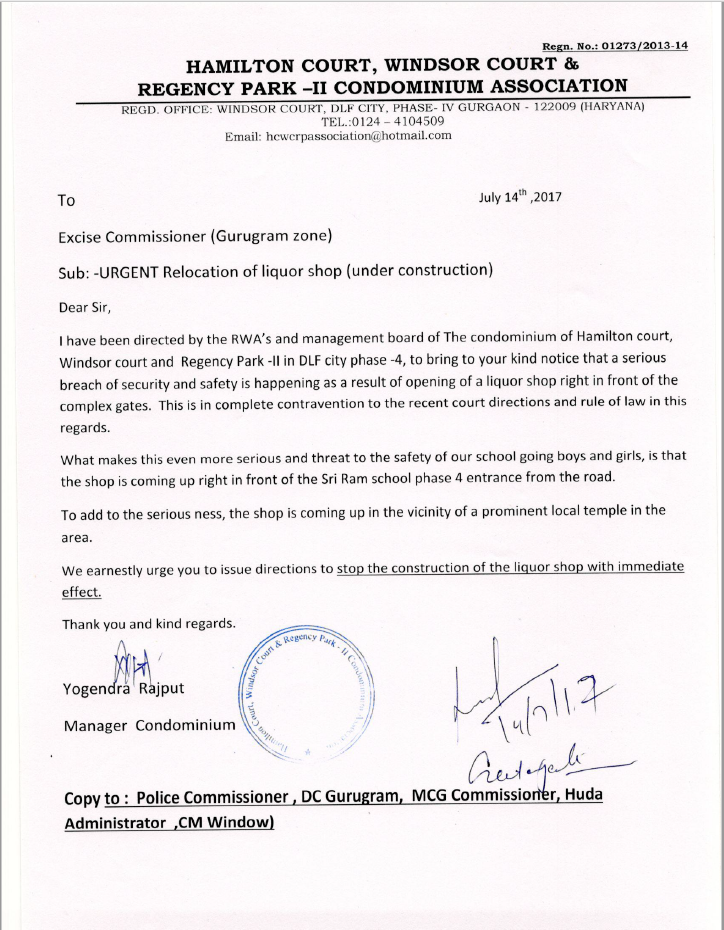 Vinita Thakur, member of the administrative council at Regency Park II, said that the liquor store had already been stocked and was ready for operations, despite the security and safety concerns expressed by the residents and parents of children attending the school. She added that the liquor store would hamper movement for traffic as well as local residents.

On Tuesday, officials from the Excise department visited the location to check the legality of the liquor store according to the regulations of the Haryana government. The officials found the liquor store to be outside the 150 meter minimum distance stipulated. However, the officials failed to recognize that the school children are picked up and dropped off very close to the store.

Haryana Chief Minister Manohar Lal Khattar on Wednesday had directed the Gurugram Deputy Commissioner to look for a solution for the removal of the liquor store from near the school.