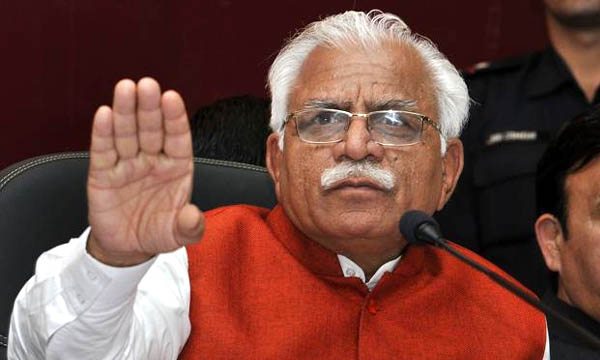 After NewsMobile broke the story of a liquor store opposite the Shri Ram School in Gurgaon, Chief Minister of Haryana, Manohar Lal Khattar, has directed Gurugram’s Deputy Commissioner to look for a solution for the removal of liquor store from near the school.

As NewsMobile had reported on July 17, a liquor store was opening in extremely close proximity to the Shri Ram School Aravali in DLF Phase 4 of Gurugram.

The Shri Ram School is one of the premier schools in India and has 1500 students attending the school. Many residents in nearby areas, as well as parents of children who attend the school, are justifiably concerned, they are now petitioning the PM and are planning a march to protest if the vend is not removed. The School too is concerned and will be raising the issue.

Only on NewsMobile: Read and share News4kidz curated for your kids

“The liquor store has been constructed very close to the shared gate of the residential area and the school,” says Shruti Shaukeen, a resident of Regency Park II in DLF Phase 4. She adds that the gate is the main access point to the school as children are dropped and picked up from this point. As a result, the liquor store presents a critical threat to the safety of children. Shruti also stated that there was no need for a liquor shop to open in the area as there were already two liquor stores operating in the nearby Galleria market.

According to the official guidelines outlined in the Excise Policy of Haryana State 2017-18, the regulations regarding the establishment of liquor vendors states the following:

“NO PERSON TO WHOM A LICENSE FOR RETAIL LIQUOR OUTLET IS GRANTED CAN ESTABLISH THE SAME ON SUCH PREMISES AS IS SITUATED AT A DISTANCE OF LESS THAN 150 METERS FROM THE MAIN GATE OF A RECOGNIZED SCHOOL/ COLLEGE/ MAIN BUS STAND AND A PLACE OF WORSHIP. HOWEVER, EXCISE COMMISSIONER CAN RELAX SUCH DISTANCE FOR THE LOCATION OF RETAIL LIQUOR OUTLET FROM 150 METERS TO 75 METERS ON THE RECOMMENDATIONS OF THE DEPUTY EXCISE AND TAXATION COMMISSIONER (EXCISE).”

The distance of 150 meters, or 75 meters in special cases, is surprising as the Supreme Court had ordered that liquor stores were banned from being established within 500 meters of a highway. Aneesha Sood termed this ban as a sham if the government still allows liquor stores to open in such close proximity.

All the people who spoke to NewsMobile questioned the authorities and their priorities. Anuradha Sur highlighted that Gurugram had a distinct lack of police booths and yet multiple liquor stores were present in every neighbourhood. Besides, the authorities need to clearly define the regulations regarding liquor store establishment while also adding that the authorities need to take a more holistic view of this issue and seriously consider the consequences of careless approval of liquor licenses. “It is high time the state govt stops benefitting out of this on the cost of our children,” says Rasika Jain, a parent whose children attend the Shri Ram School Aravali.

Dr. Sanjiv Saigal, Director of Hepatology at Medanta The Medicity, Gurgaon says that “alcohol is one of the leading causes of liver diseases in India. Exposure of school children to alcohol during their growing phase in life will be hugely detrimental, and any liquor vending shop near a school should be strongly discouraged.”