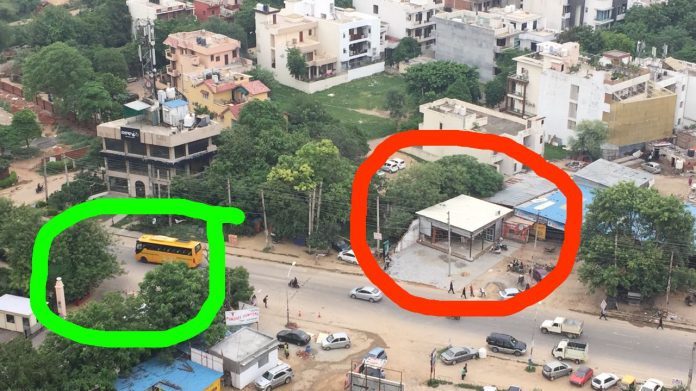 “I have instructed the Deputy Commissioner Excise zone East to order the closure of the liquor shop opposite Shriram School, and we will relocate it soon,” DC Gurgaon Vinay Pratap Singh told NewsMobile. The closure has been ordered under Section 54 of the Punjab Excise Act citing disturbance to public peace.

In the interest of school students & public at large, the closure of the liquor vend has been ordered till its relocation.

“On issues like these which impact people, independent news outlets like NewsMobile can make a difference. We are glad that we became the medium to highlight the need to close this liquor vend to the CM and senior officials, we will continue to pursue people centric journalism which is at core of NewsMobile,” said Saurabh Shukla, Editor in Chief and Founder NewsMobile.in

As NewsMobile had reported on July 17, a liquor store was opening in extremely close proximity to the Shri Ram School Aravali in DLF Phase 4 of Gurugram. Parents and residents had expressed their strong concerns regarding the same and the Residents’ Associations in the area had filed their demands with the Excise Commissioner and the Police Commissioner to remove the liquor store.

On Tuesday, officials from the Excise department visited the location to check the legality of the liquor store according to the regulations of the Haryana government. The officials found the liquor store to be outside the 150 meter minimum distance stipulated. The liquor store owner further stated that they got permission as the store was 165 meters from the school

However, the officials failed to recognize that the school children are picked up and dropped off very close to the store, which is at a distance of just 46 meters from the liquor store, putting the safety and security of the children at risk.

(If you want to raise your voice for issues that matter to you, be a part of our iJourno program and write for us. Follow us on Twitter and Facebook and follow our Editor in Chief Saurabh Shukla on @isaurabhshukla. We will value your comments. Join the NewsMobile Quick Alert list WhatsApp on 88268 00707)