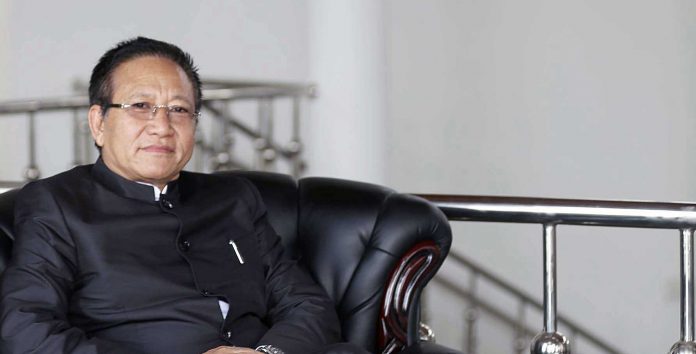 The Governor has further directed him to prove majority in the Assembly on or before July 22.

ALSO READ: NewsMobile IMPACT: Haryana CM asks DC to look for a solution to remove liquor vend from near school

This comes after the Nagaland Assembly was, earlier in the day, adjourned sine die after Chief Minister Shurhozelie Liezietsu failed to turn up at the floor test session.

The floor test was called on after Acharya directed the Speaker of the State Legislative Assembly to summon an emergent special session to test the majority support of the present cabinet led by the Chief Minister.

Earlier, the writ petition filed by Liezietsu at the Kohima Bench Guwahati High Court was dismissed.

The Kohima Bench observed that the Governor had taken the right decision to ask the Chief Minister to have a vote of confidence on the floor of the House to see which out of the two contesting claimants of Chief Ministership had a majority in the House.

The Court further stated that there was no merit in the writ petition filed by Liezietsu and the same was accordingly dismissed.

The Governor had requested the Chief Minister to prove his majority support on the floor of the Assembly on or before July 15, following which both sides took to media to assert their point of view regarding it.

While the Governor had said that incumbent Chief Minister Liezietsu is not a leader of the house, as he is not elected, while Zeliang is a leader as well as the chairman of the DAN, adding Shurhozelie, anyhow, had to go on polling in next six months, Liezietsu rejected his directive to seek trust votes, saying the government is going strong and there is no point to go on floor test.

Liezietsu is facing a rebellion by 43 Naga Peoples Front MLAs led by T.R. Zeliang demanding a change of leadership in the present house of 59.

He filed the petition on July 14 appealing for a stay on the Governor’s directive.