Home Home Slider Global setback for Pak as Trump administration labels it as a ‘Terror... 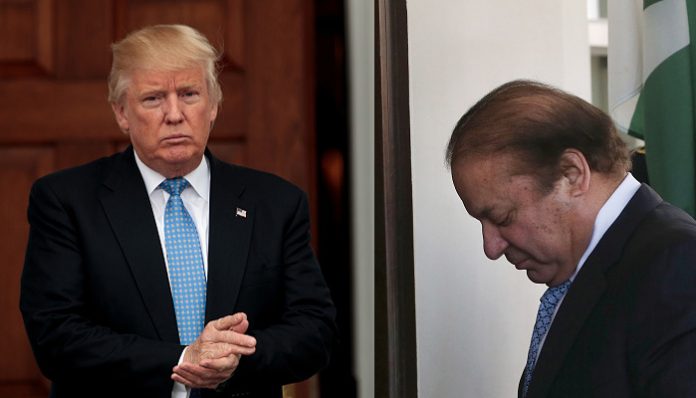 New York [U.S.A.]: The Donald Trump administration has retained Pakistan‘s name in its list of nations and regions providing “safe havens” to terrorists.

In its annual ‘Country Report on Terrorism’, as mandated by the Congress, the State Department said that Lashkar-e-Taiba (LeT) and Jaish-e-Mohammad (JeM) continue to operate, train, organise and fundraise inside Islamabad and Pakistani military and security forces undertook operations against groups that conducted attacks within Pakistan such as Tehrik-e-Taliban Pakistan.

“Pakistan did not take substantial action against the Afghan Taliban or Haqqani, or substantially limit their ability to threaten US interests in Afghanistan, although Pakistan supported efforts to bring both groups into an Afghan-led peace process,” the State Department said.

“Pakistan did not take sufficient action against other externally focused groups, such as Lashkar-e-Taiba (LeT) and Jaish-e-Mohammad (JeM) in 2016, which continued to operate, train, organise, and fundraise in Pakistan,” the report said.

India, it said continued to experience attacks, “including by Maoist insurgents and Pakistan-based terrorists”.In January, India experienced a terrorist attack against an Indian military facility in Pathankot, Punjab, which was blamed by authorities on JeM. Over the course of 2016, the Government of India sought to deepen counterterrorism cooperation and information sharing with the United States.

ISIS‘s formal branch in Afghanistan and Pakistan, Islamic State’s Khorasan Province, remained active in 2016, although counterterrorism pressure from Afghan and U.S. Forces removed hundreds of fighters from the battlefield and restricted the group’s ability to control territory. Nevertheless, the group was able to conduct a number of high-profile, mass-casualty attacks in Kabul against sectarian and Afghan government targets. The group also claimed a number of mass-casualty attacks in Pakistan’s settled areas, likely conducted in collaboration with anti-Shia terrorist groups like Lashkar-i-Jhangvi.

Country Reports on Terrorism in 2015 as well listed Pakistan as a safe haven for terrorist groups that includes Haqqani Network that hides in or operates from the Federally Administered Tribal Areas of Pakistan, a mountainous region along Pakistan’s north-west border with Afghanistan. The National Action Plan (NAP) calls upon the government to “ensure that no armed militias are allowed to function in the country,” although claims about the NAP’s uneven implementation was a frequent feature in Pakistani media. As in 2014, Pakistan launched military operations to eradicate terrorist safe havens, although their impact on all terrorist groups was uneven.

Some UN-designated terrorist groups, such as Lashkar e-Tayyiba (LeT) affiliates Jamaat-ud-Dawa and Falah-e-Insaniyat Foundation, were able to fundraise and hold rallies in Pakistan. LeT/JuD leader, Hafiz Saeed, who is also a UN-designated terrorist, was able to make frequent public appearances in support of the organization’s objectives, which were covered by the Pakistani media, for much of the year, the report had said.