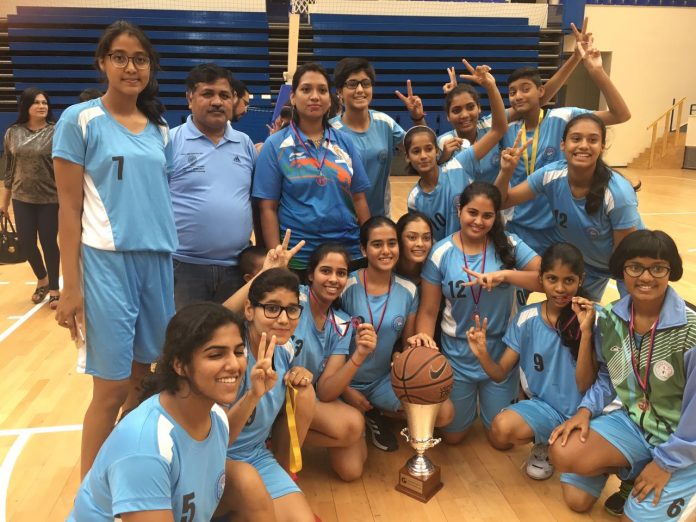 At the recently concluded Paris World Games, Team India’s Under 17 and Under 15 basketball teams made the country proud by bagging medals and accolades at the tournament. The Paris World Games were held in Paris, France from July 7 till July 14.

The Under 17 team featured three girls from Gurugram – Siya Kapoor, Navya Bajaj, and Tanya Bajaj. Mahika Singhal, also from Gurugram, was part of the Under 15 team.

The match for the third position was fought hard where the Under 17 Team India beat the home team France 67-33. Siya Kapoor scored 22 points in the match and helped Team India to firmly stake claim for the bronze medal for India. They won the match comfortably despite the French girls being taller and more aggressive as well as the added home ground advantage.

India’s moments of glory included the Under 15 team winning the gold and the Under 17 team winning the bronze for the country. Medals were received with much fanfare at the closing ceremony where NBA basketballer Evan Fournier presented the teams with their respective trophies and medals.

Reflecting on the tournament, Siya found it to be an amazing exposure and experience to witness 63 countries with 650 teams that were participating in various sporting events such as football, basketball, rugby, volleyball, badminton and handball. The grand opening ceremony saw the Indian contingent marching proudly wearing India blazers. Athletes from many countries and cultures came together and displayed their sparks of patriotism while representing their countries.

The event provided great sporting exposure for the Indian sportspersons as well well competitive exposure as the teams faced off against highly skilled players and were exposed to different approaches to the games. The experience will be a transformational experience for the Indian team, which will only benefit their game in the future.

US, India See Each Other As ‘Trusted Partners’: Indian Envoy