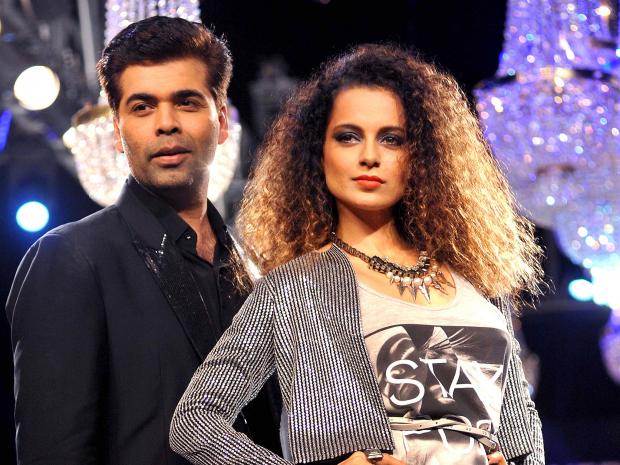 The ceremony was being hosted by Karan and Saif, and they took a dig at the ‘Queen’ star when Varun joined them on the stage to receive the award for the best performance in a comic role for Dishoom.

Saif, who was also present during the controversial ‘Koffee with Karan’ episode with Kangana, raked up the nepotism issue when he joked that the actor had made it big in the film industry because of his father, director David Dhawan.

“You are here because of your pappa,” Saif punned.

To which Varun replied,

“You are here because of your mummy (referring to Sharmila Tagore).”

Soon, Johar joined them and said he was in the industry because of his father, filmmaker Yash Johar.

The trio then shouted, “Nepotism rocks”.

But the K3G director quickly reacted by saying,

Kangana had fuelled the nepotism debate when she appeared on the Ae Dil Hai Mushkil director’s chat show. She had referred to Johar as “the flag bearer of nepotism”, which had not gone down well with the director.