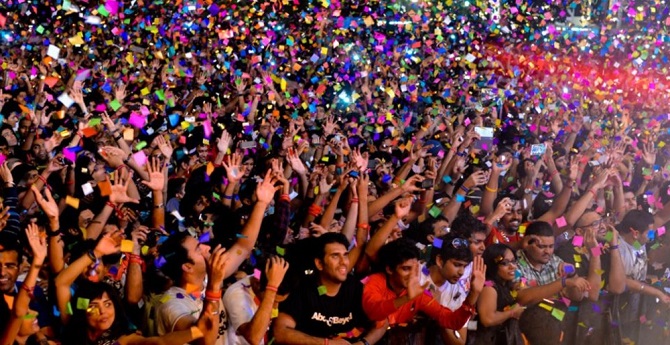 Goa, the top tourist destination is the numero uno spot for the party goers in India. Music festivals are one of the main attractions of Goa. When it comes to getting hold of a ticket for the music fest, it becomes quite a problematic task.

With Sunburn already hyped by the Goa enthusiasts, there is a plan for another three-day fest for December.

Titled ‘Time Out 72 Hours‘ the festival is going to be a mix of genres from pop to indie, from rock to electronic and will be held for 3 days at Vagator on the 27th, 28th and 29th of December with three main headliners and an international model hosting the event. Equipped with three stages, apart from music the festival will feature outdoor activities, after party camping and flea markets.

Even though the festival is in its planning phase, it has received an official nod from the Goa Government. A group of young entrepreneurs from Gujarat will be conducting the festival under the banner of Waterlemon Events LLP and Sudarshan Entertainment World.

Tickets and line-up schedule for the festival will be announced in September. It seems like the business in Goa will be booming this New Year.

On the eve of World Music Day this June, the Minister for Tourism of Goa, Manohar Ajgaonkar, unveiled his plans of the formulation of various schemes by the Department of Tourism that would help in promoting the spirit of music, in all its diverse forms via various music festivals that are scheduled throughout the state of Goa. Ajgaonkar also stated that one of the primary reasons for tourists paying attention to Goa is because of music festivals and hence, he would strive to make Goa a Music Festival Destination. He added that the government of Goa would be identifying special zones where the proposed late night music festivals can take place, so that the locals of Goa are not disturbed.

Goa has been a hot bed for music lovers in India since the very beginning. Goa is famous for its music festivals, boasting of an eclectic mix of the different forms of music, attracting visitors from all parts of the world.

WITH INPUTS FROM ANI