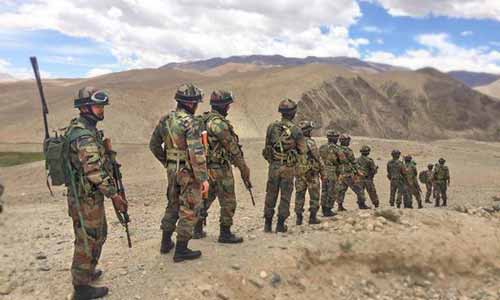 This came a day after China’s army conducted new drills in Tibet that included targeting enemy aircraft and tanks.

“Such reports are utterly baseless, malicious and mischievous. No cognisance should be taken of them by responsible media,” Ministry of External Affairs Minsiter official spokesperson Gopal Baglay said.

The stand-off emerged after Chinese troops were stopped by the Indian Army from construction roads in the Doklam border.

India claims Sikkim border as part of its territory, while China has said that the area falls on their side as per the 1890 treaty signed between British and China.

Consequently, China suspended the annual Kailash Manasarovar yatra and conceded that the decision to suspend the pilgrimage was due to the border scuffle.

It also alleged that the Indian troops had crossed the Sikkim sector of the Indo-China border. Beijing has accused New Delhi of violating a convention signed in 1890 between Britain and China relating to Sikkim and Tibet.