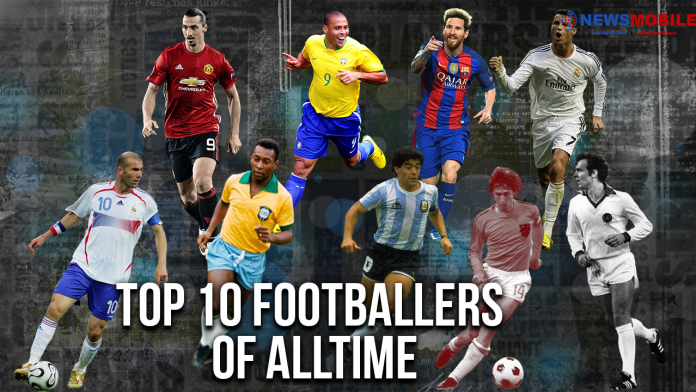 Football, is a sport that connects the world more than any other organised activity. No, that’s not an assumption because FIFA has more member Nations than UNO!

It is time to salute the very best of football heroes. Here is a list of top 10 all-time great footballers based on popularity, technique, skills and most importantly, their ability to win trophies for their teams. 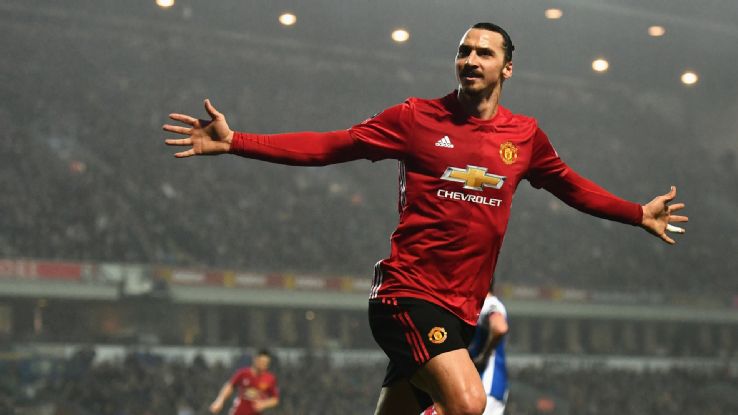 The outgoing Manchester United superstar, Zlatan Ibrahimovic might not have been as popular as Ronaldo and Messi, but those who follow him, know his potential as a prolific striker and game changer. Off the field, he will surely top the wittiest footballers list. Zlatan has won trophies for every club he has been a part of and his league winning records are a benchmark for upcoming footballers. Zlatan is best known for his technique, creativity, strength, and his powerful and accurate strikes. As of May 2017, he is the second most decorated active footballer in the world, having won 33 trophies in his career. 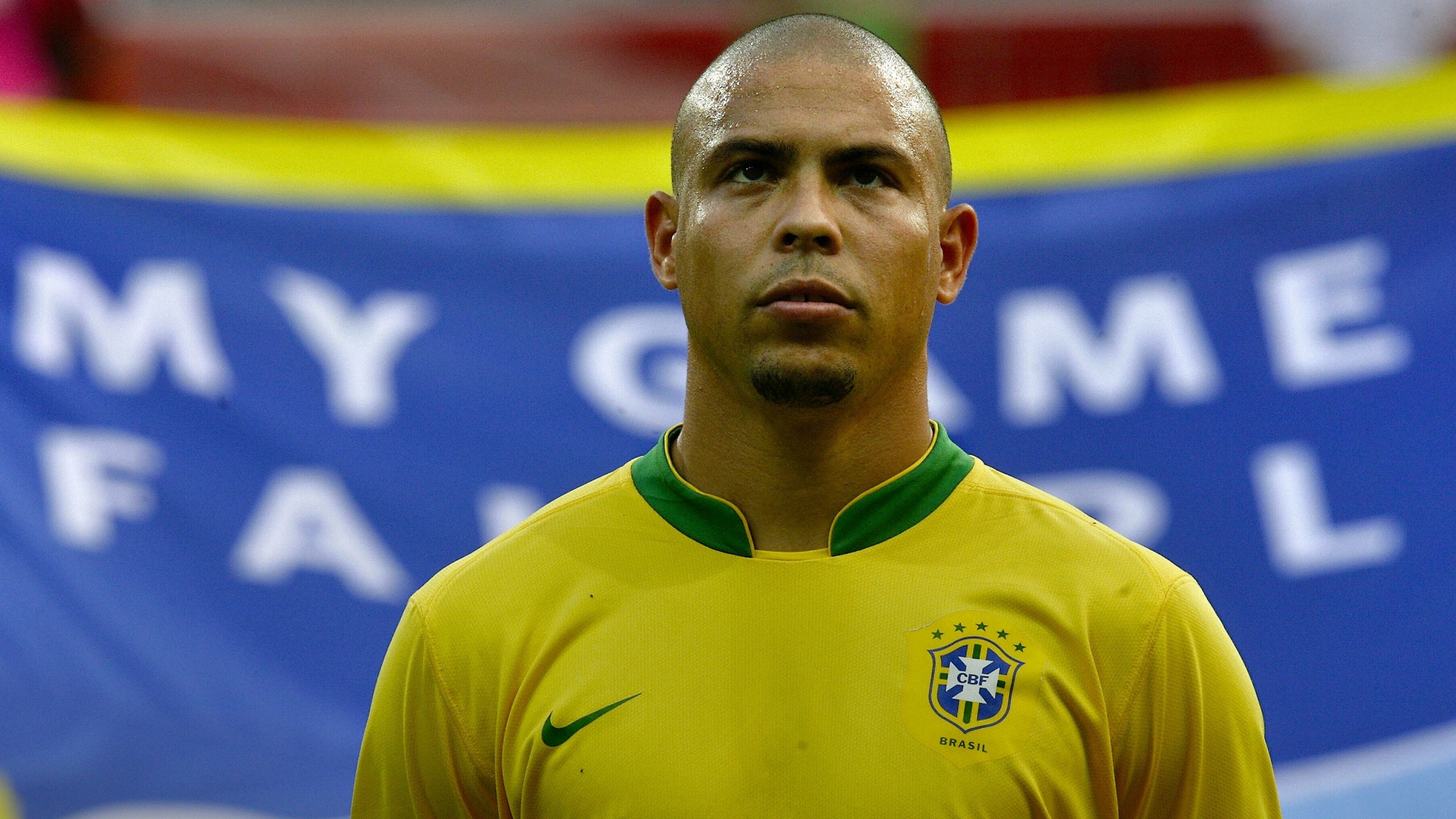 The original Brazilian Ronaldo is no.9 on our list. The legendary striker once held the record for most World Cup goals, all thanks to his sheer brilliance on field. A controversy’s child during the decline of his career because of excessive partying, Ronaldo was a “Phenomenon” (his nickname) among budding footballers. A three-time FIFA World Player of the Year and two-time Ballon d’Or recipient, Ronaldo, in his 1990s prime, was known for his dribbling at speed, feints and clinical finishing. He was named in the FIFA 100, a list of the greatest living players compiled in 2004, and was inducted into the Brazilian Football Museum Hall of Fame and the Italian Football Hall of Fame. 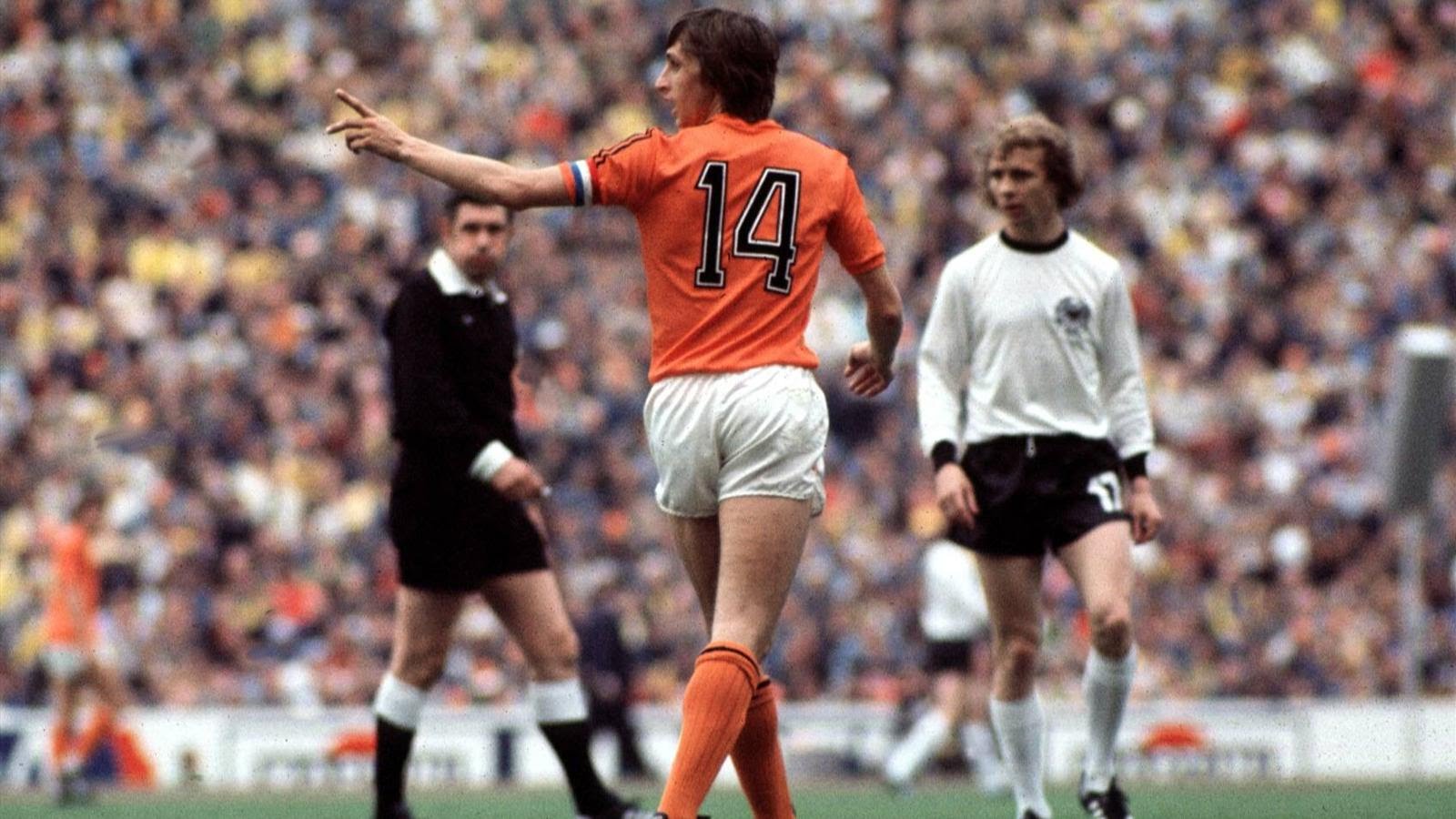 On no. 8, Cruyff, who was amongst the famous variables of the football philosophy known as Total Football. Cruyff led the Netherlands to the final of the 1974 FIFA World Cup and received the Golden Ball as player of the tournament. At the 1974 finals, he executed a feint that subsequently was named after him, the “Cruyff Turn”, a move widely replicated in the modern version of the game. He was a product of Ajax academy and played most of his career with Ajax winning 7 Dutch league titles and 3 European cups and in the process, he scored 190 goals in 240 matches before moving to Barcelona. 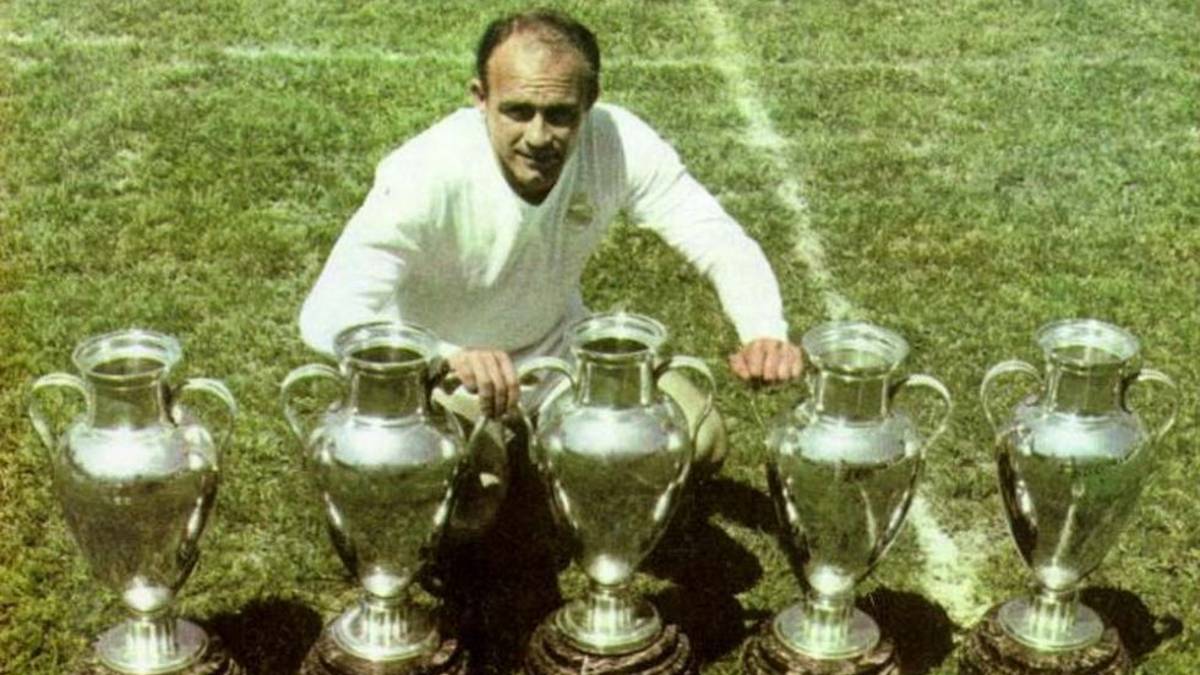 At no. 7, we have Alfredo di Stefano. He is best-known for his achievements with Real Madrid. He scored in 5 consecutive European Cup finals for Real Madrid while winning all five in the 1950s, an era dominated by Real Madrid. Di Stefano was born in Argentina and played his international football for three national teams (Argentina, Spain, Colombia). 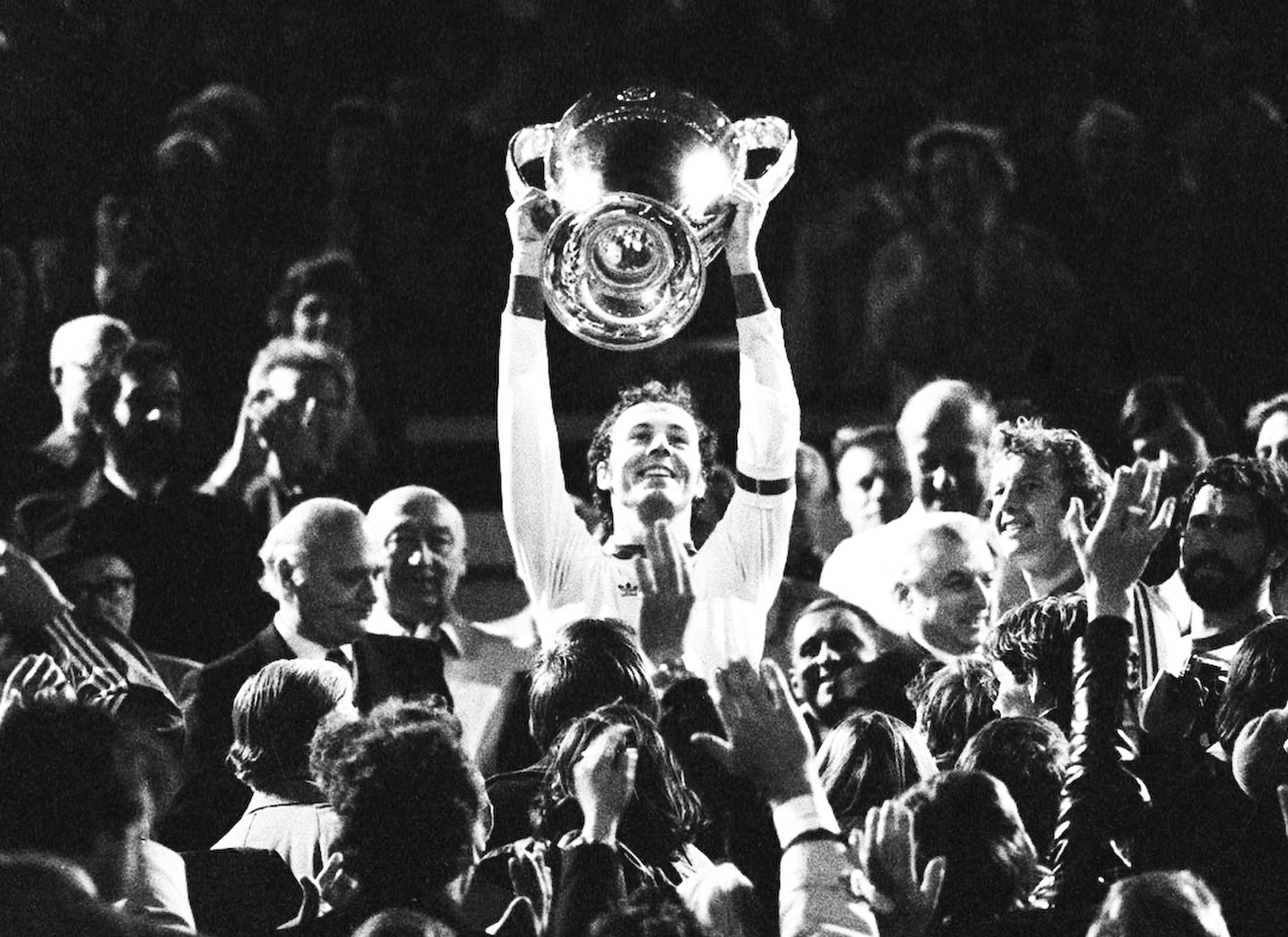 Beckenbauer was not only immensely talented but he revolutionized the game to the next level. He usually played as a centerback but it was his ability on the ball as he brought the ball out of defence into attacks (known as libero) which made him successful. He had a hugely successful professional and managerial career with both his national team, Germany and club team, Bayern Munich. Some of his goals were pure classics as he started the move in his own half and finished it in the opponent half. 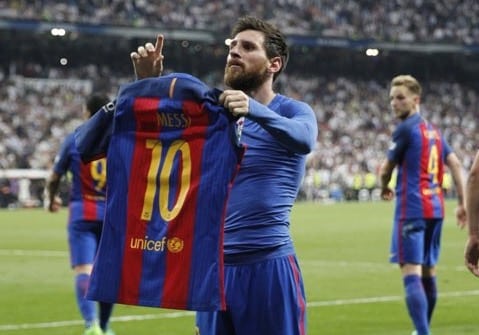 Too early? Wait before you see the rest of our picks.

Messi might be the best footballer of the current day scene (Ronaldo fans may disagree), but he still has got a lot of ground to cover in terms of trophies. His technique, skill, agility, speed and game-changing ability are undoubtedly unmatched by any other player in our list or any list for that matter.

Messi is a phenomenon, but his failure to deliver trophies for the Argentinian National Team, such as the World Cup (loss to Germany in the final) and Copa America (lost twice to Chile), which resulted in him taking an early retirement from the national side. He came out of his retirement a few months later giving a sigh of relief to his fans.

Messi is a true magician with the ball and the best dribbler of all times. His loyalty to his first and only club till date, FC Barcelona is unquestionable. He was signed at the age of 11 with the contract being offered to him on a paper napkin by FC Barcelona. Since then, there has been no looking back for this player still ruling our hearts. 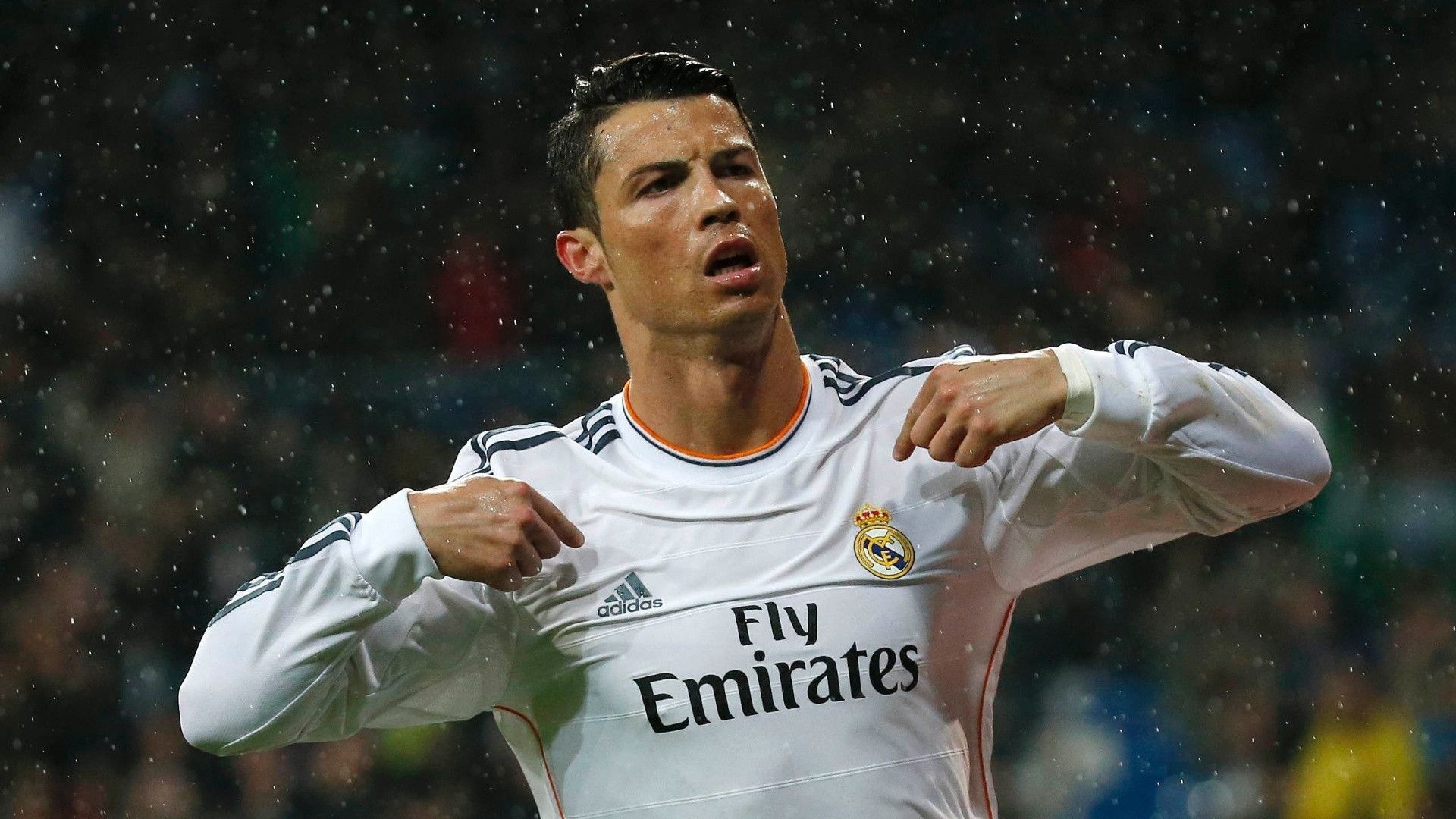 The best ever? No, not yet.

We are putting him in the no.4 spot because of his recent achievements like leading Portugal to the UEFA Euro 2016 fame and leading Real Madrid to two successive UEFA Champions League titles has boosted his claims of being the best footballer ever. But the all-important World Cup is still the feather missing from his cap and that is what is keeping him from being featured in the top 3 all-time greats.

Ronaldo came from a very poor background and struggled a lot in his early years. Manchester United saw the talent during his Sporting Lisbon days and signed him up. Ronaldo graced the premier league in 2003 and showcased his talent with outrageous fast stepovers and other skills (often frustrating his teammates). In 2009 he moved to Real Madrid for a record-breaking fee $100 million. 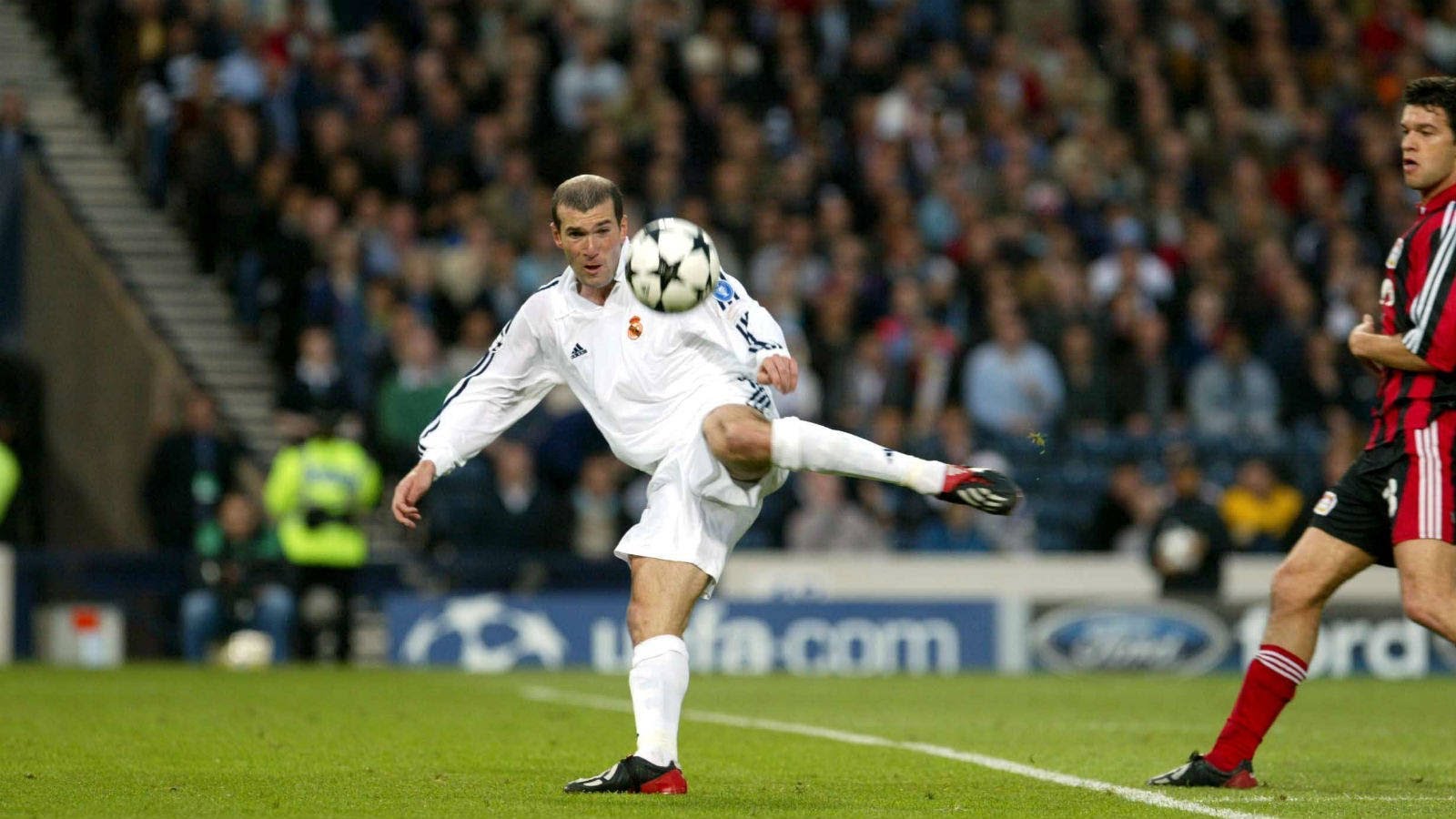 “Zizou” as the fans call him, is currently working as the Manager of the club that established him as the best footballer in the world i.e. Real Madrid. But his achievements as a footballer is what took him to the top three in our list.

His 2001 transfer from Juventus to Real Madrid set a world record fee of €77.5 million. His left-foot volleyed winner in the 2002 UEFA Champions League Final is considered to be one of the greatest goals in the competition’s history.The World Cup triumph made him a national hero in France, and he received the Légion d’honneur in 1998. Such was the impact of this victory that the Algerian refugees who were not very welcome by the French people earlier, saw a change of hearts.

Zidane received the Golden Ball for the player of the tournament at the 2006 World Cup, despite his infamous sending off in the final against Italy for headbutting Marco Materazzi in the chest…undoubtedly the most infamous exit of a football legend in the world. 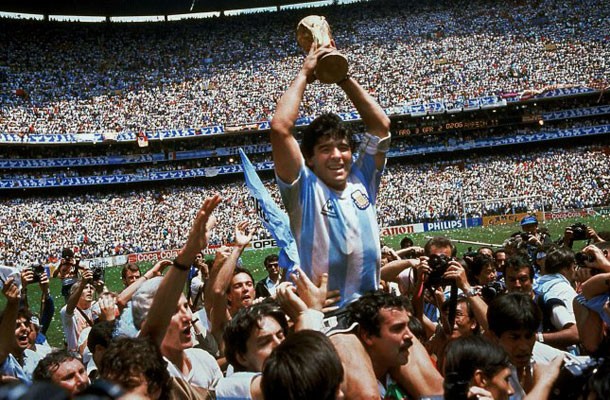 Maradona is widely regarded as the greatest dribblers of all times (Messi has surpassed him now, however). He was mainly a left-footed player (a lethal one to say the least) but, his greatest attribute was his ability to inspire his team. Argentina’s 1986 world cup success and Napoli winning Italian League and Europa Cup were highlights of his inspirational performances and the most important thing was: the bigger the stage, the better his performances were (something Messi still lacks).

Maradona also had a peach of a freekick and scored some beauties from dead ball situations. He is credited with the Best Goal in History when he made a mockery of the English side and also with the most controversial “Hand-of-God” goal. Interestingly, both were scored in the same game ie. against England in 1986 WC Quarter Finals. 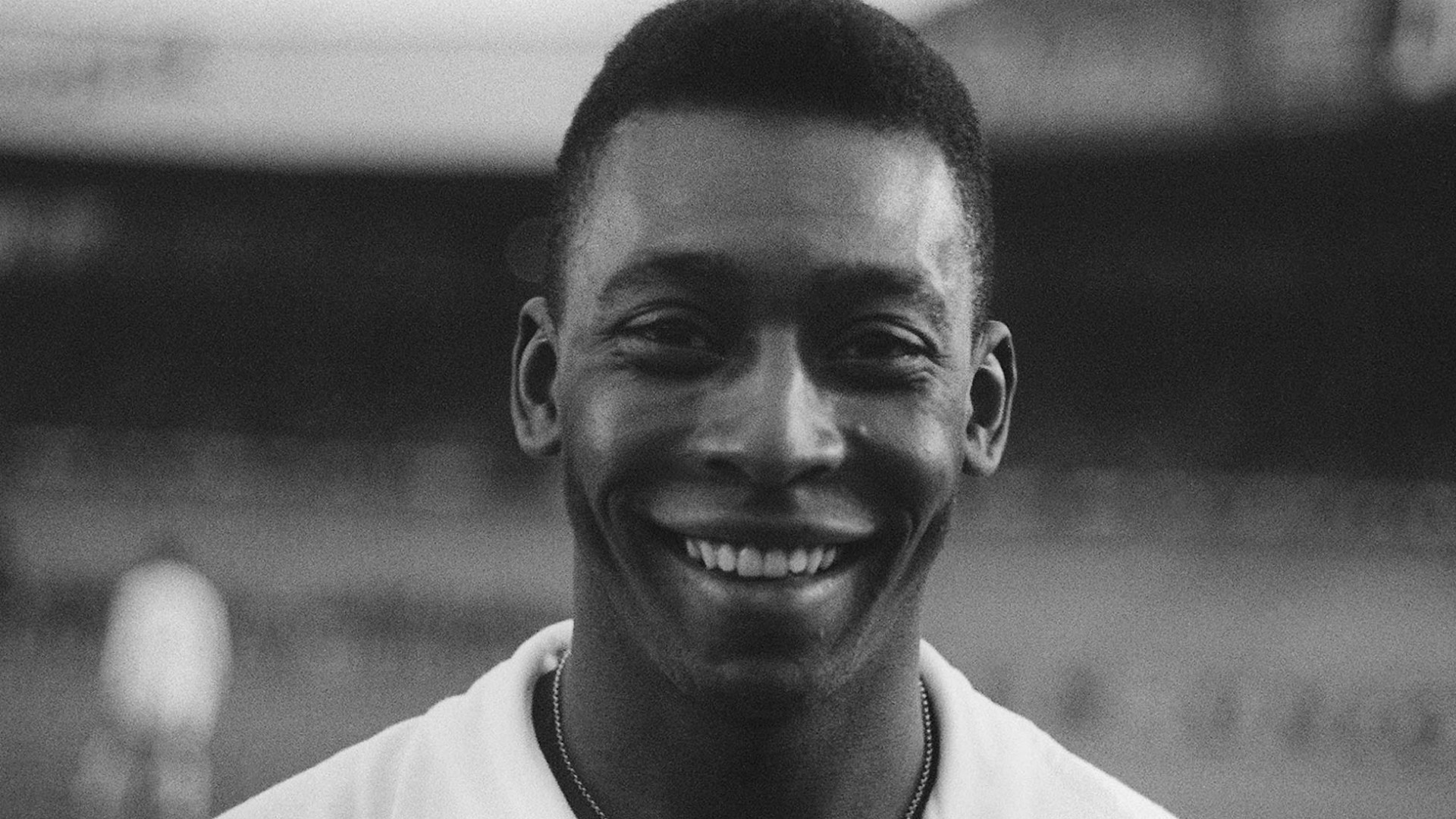 Why is he the best ever?

Leading and inspiring his Brazilian National side for three World Cup triumphs in 1958, 1962 and 1970 could be the answer.

Pelé: Birth of a Legend, the movie based on his early years and his journey to the ultimate glory is a must watch for every football lover. How this Mango-juggling boy from the streets ended up playing for the National Team while reinventing the Ginga-Style is the most inspirational story you can come across in sports related entertainment