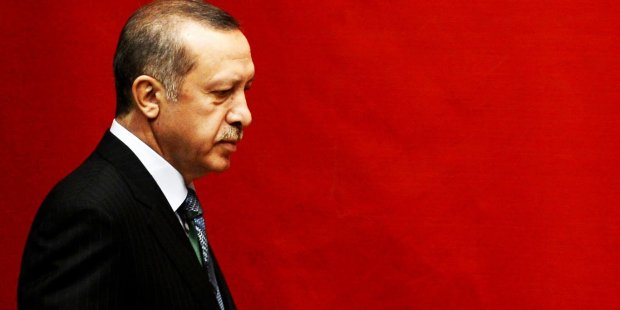 The Turkish President, Recep Tayyip Erdogan warned that Turkey would cut off the heads of traitors.

He was addressing a function to mark the first anniversary of failed coup in Istanbul. In the speech, Erdogan reiterated his support for reinstating the death penalty.

Erdogan said that the people who are trialed for attempting a coup should be given a standard uniform “like in Guantanamo” and warned that Turkey would “cut the heads off” people who tried to disturb the balance of the country.

“The most powerful weapons were mercilessly used by the enemies of our nation,” he said. “Our people only had the flag and faith.”

The problem in Turkey has become even more complicated. It involves dissidents and even opposition politicians. Tens of thousands of people have been dismissed or detained from the civil service, police, military, judiciary, media and academia and rights activists have been repeatedly detained. The government has sacked an additional 7,000 people, and more than 150 journalists are in prison.

A number of commemorative events took place around Istanbul, Ankara and other big cities to mark the anniversary of the coup.

On 15 July 2016, a coup was attempted in Turkey against state institutions, including, but not limited to, the government and President, Recep Tayyip Erdogan. The attempt was carried out by a faction within the Turkish Armed Forces that organized themselves as the Peace at Home Council.

They attempted to seize control of several key places in Ankara, Istanbul, and elsewhere, but failed to do so after forces loyal to the state defeated them. Roughly 250 people were killed and more than 2,000 injured. Thirty-five coup organizers were also killed.

The government accused the coup leaders of being linked to the Gülen movement, which is designated as a terrorist organization by Turkey and led by Fethullah Gülen, a Turkish businessman and cleric who lives in Pennsylvania. Erdogan accuses Gülen of being behind the coup-a claim that Gülen denies-and accused the United States of harboring him.