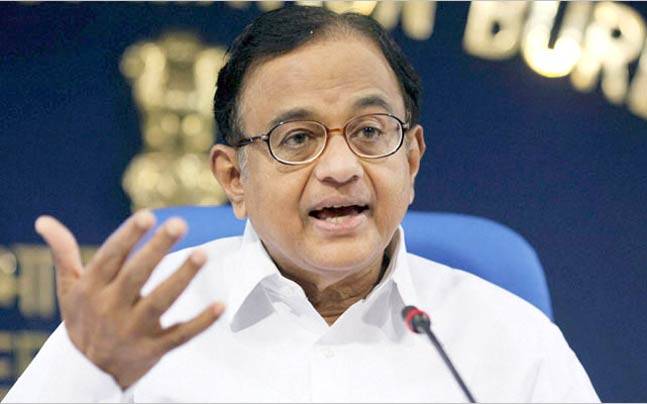 Former finance minister P. Chidambaram took to Twitter today to stress on the prevailing instability in the Kashmir Valley and blamed the Centre for aggravating the problem by taking “a maximalist position.”

The Congress leader’s tweets come a day after Jammu and Kashmir Chief Minister Mehbooba Mufti pointed out that the instability in the Valley is not due to a lack of law and order, but due to few external dimensions, while also urging the entire nation to come together to resolve the issue of Jammu and Kashmir.

“The instability in J-K is due to external dimensions, where our neighboring country is also involved. There are internal dimensions too and they have been there for the past 70 years. I think these issues will only get resolved if all the parties come together and the entire nation stands together as they are doing in the matter of China,” she said.

A meeting with the Opposition parties was held earlier last week by the Center to apprise them with the veracity of the Amarnath terror attack, following which Director General Press Information Bureau (PIB) Frank Noronha said that all parties condemned the attack and assured support to the government in the regard.

The terrorist attack on Amarnath pilgrims in Anantnag district of Jammu and Kashmir on July 10 in which seven pilgrims lost their lives and 15 others were injured.

Apart from this, there have been constant reports of stone-pelting and infiltration from across the border in the state, which have aggravated the situation there.

The Opposition has been blaming the Centre over their “inaction” towards resolving the issues of the Valley, which encourages the separatists to resort to their ways to infuse chaos in the state.