Home Home Slider Bhandarkar calls upon Rahul, asks if he can have his freedom of... 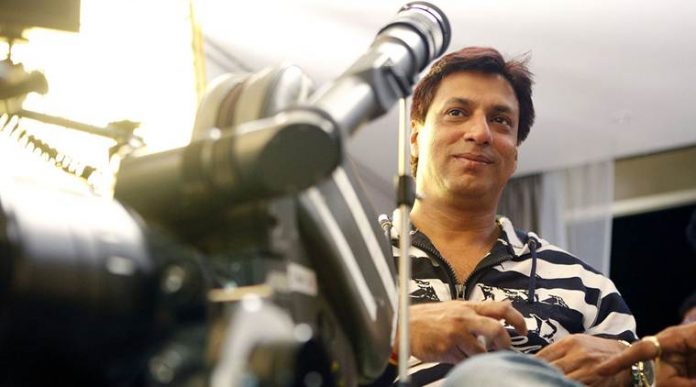 New Delhi [India]: Bollywood filmmaker Madhur Bhandarkar on Sunday took to Twitter to call upon Congress vice-president Rahul Gandhi and sought his intervention into the grand old party’s constant interference in the press conferences of his upcoming directorial ‘Indu Sarkar’.

“Dear @OfficeOfRG after Pune I have 2 cancel today’s PressCon at Nagpur.Do you approve this hooliganism? Can I have my Freedom of Expression?” Bhandarkar tweeted on Sunday.

Dear @OfficeOfRG after Pune I have 2 cancel today’s PressCon at Nagpur.Do you approve this hooliganism? Can I have my Freedom of Expression? pic.twitter.com/y44DXiOOgp

His tweet came after a press conference in relation with the movie was cancelled in Nagpur over the protests by the Congress workers.
“In Nagpur today for #InduSarkar promotions. Looking for some gr8 media interactions in the heart of [email protected] @InduSarkarMovie,” he had earlier tweeted.

In Nagpur today for #InduSarkar promotions. Looking for some gr8 media interactions in the heart of India.@iamkirtikulhari @InduSarkarMovie

A day before, another press conference of ‘Indu Sarkar’ at Pune was cancelled after few Congress workers took to protest against the movie.
Thereafter, Bhandarkar took to Twitter to share the news, citing the team of the movie was left stranded “like hostages in the hotel room.”

Earlier, Bhandarkar had censured the controversy surrounding his upcoming directorial venture and had asserted that the movie is not a documentary, but a work of fiction.

“This is completely wrong, and controversy like this should not happen because I made a film as a filmmaker and I’m saying that 70 percent of the film is fiction and 30 percent is a reality. The reality is based on the books and the documentaries made on them. I don’t understand the demand that they (the Congress) want to watch the movie before its release. Let my film get censor board clearance and the moment it is released in the theaters, you can go and watch the film,” Bhandarkar said.

Citing that he has been known for making movies, which are hard-hitting, real and topical, Bhandarkar has appealed other filmmakers and the public to side with him over the issue as this reeks of suppression of freedom of expression.

“My movie is based on the story of a husband and a wife, who have a contradictory opinion about the Emergency. It’s about the clash of points of view and the backdrop of the movie is the Emergency. My film is an emotional journey. I am concentrating on that thing and they are simply bullying a filmmaker by asking him to change something or the other,” he added.

‘Indu Sarkar’ is based on a 21-month long period, from 1975 to 1977, when the then prime minister Indira Gandhi unilaterally had a state of emergency declared across the country.

The trailer of the movie led the Congress party to ask the Central Board of Film Certification (CBFC) for a review before it comes under the scanner.

#InduSarkar censor cuts list.in trailer dialogues is ok not in the film.🙏 pic.twitter.com/sKbkFJonpU

In this regard, Congress leader Sanjay Nirupam wrote to CBFC chief Pahlaj Nihalani, expressing the grand old party’s wish to watch the movie before it is ‘censored’.

“The trailer of the film says it’s a film on Emergency and hence, we can see the likes of our beloved leaders like Indira Gandhi ji, Sanjay Gandhi ji and other senior leaders of the India National Congress. We, therefore, want to be certain that our leaders are not shown in bad light and hence, would like to see the film before it’s censored,” Nirupam mentioned, in a letter addressed to Nihalani.

Patil expressed the Congress’ apprehension that the movie might have distorted the historical facts which may hurt the sentiments of the Congressmen and the public at large and so the movie must be exhibited to the Congress first and then be released.

Patil further said the Chief Minister should assure this so that law and order situation post the release of the movie is maintained.

Few other political outfits have also expressed dismay over the movie, while some have taken to Twitter to threaten Bhandarkar against the movie’s release.

The movie is slated to release on July 28.