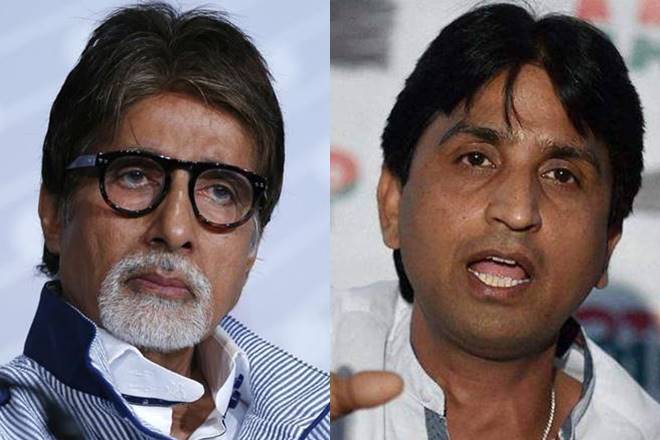 Bollywood Mega star Amitabh Bachchan recently sent a legal notice to Aam Aadmi Party leader Kumar Vishwas for using his father, Harivansh Rai Bachchan‘s poem in a tribute video. Big B has asked Vishwas to give him the account of revenue generated from the video.

Vishwas, who is a poet too, included Harivansh Rai Bachchan’s Need Ka Nirman Phir Phir in a programme titled Tarpan on his YouTube channel. Vishwas has his own show, Tarpan in which he performs poems of prominent Hindi literary giants such as Nagarjuna and Bhawani Prasad Mishra on the show. The fourth episode that was rolled out on Saturday was a tribute to Harivansh Rai Bachchan.

Upon learning about the video, Amitabh Bachchan tweeted that it was a matter of “copyright infringement” and asked for the video to be taken down.

this is a copyright infringement .. ! legal will take care of this

Kumar Vishwas after getting the legal notice has taken down the video and said that he has earned Rs 32 from the video and that too through online advertising. He tweeted: