Home Science & Tech This smartphone compliments your love for KFC 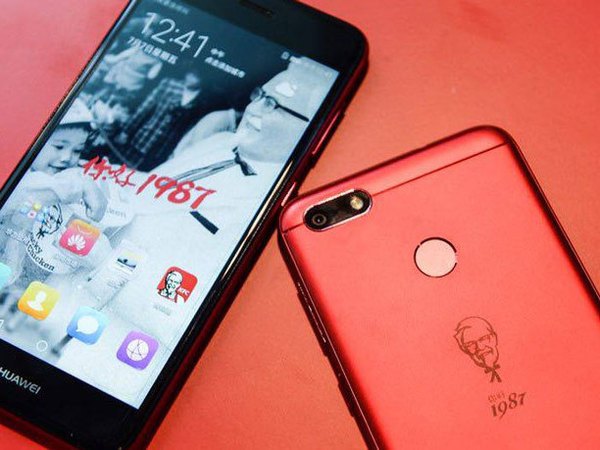 If you or your friend loves a particular brand of fried chicken just as much as tech then this next piece of news is definitely for you. The American fast food brand KFC has partnered with Chinese smartphone maker Huawei to launch a special limited edition KFC smartphone to celebrate 30 years of KFC in China.

Huawei has taken the iconic red shade of KFC and applied it to the Huawei Enjoy Plus 7 with KFC’s iconic logo of Colonel Sanders’ embossed on the back. That means the phone features a 5.5-inch display, a Snapdragon 425 processor, 3GB of RAM and 32GB of storage with an option to expand it up to 128GB through a microSD card. The phone also has a fingerprint scanner and 3,020mAh battery, so this phone is not a joke.

On the software end, the phone runs standard Android with some KFC branded apps such as music app that lets allows the users to play their favourite tunes while they’re at the restaurant. Huawei will only produce 5,000 units of the phone and will only be sold in China for just 1,099 yuan or $162.