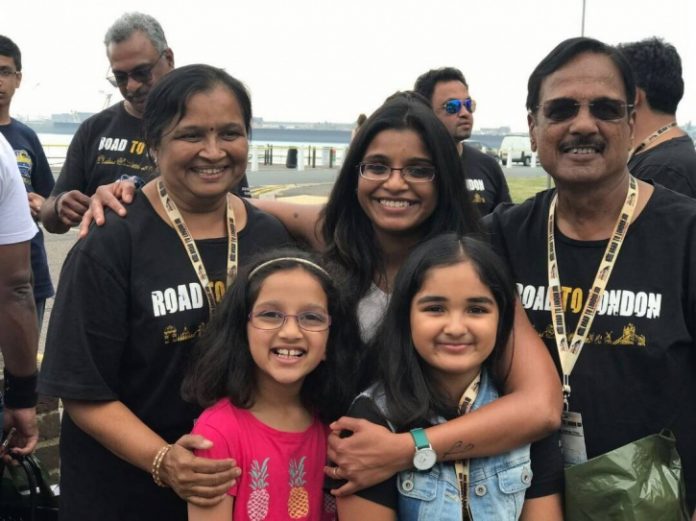 A road trip from Mumbai to London will be a dream for all. While most of the people keep making and breaking their travel plans, this couple from Mumbai let go of their inhibitions and set out for this challenging road trip.

This year on March 23, a 73-year-old Badri Baldawa embarked on the road trip with his 64-year-old wife and 10-year-old granddaughter in their BMW X5, across 72 days, crossing 19 countries and covering 22,200 km, before reaching London.That is one amazing road trip, ain’t it?

Mr. Baldawa, a steel exporter and a chartered accountant by profession, hails from Karnataka and currently lives in Mumbai with his family. Embarking on spontaneous adventure trips seems like a norm with the Baldawas.

Baldawa had hiked up to one of the base camps of Mount Everest, has driven from Mumbai to Badrinath, has travelled to Antarctica and has driven across Iceland in 2015 along with his 10-year-old granddaughter Nishi, reports the media.

The Mumbai to London road trip that they aimed to set out for this year, needed massive planning and the gruesome journey, albeit difficult at times, was enriching.

They started chalking out the last year along with some friends and decided to go to Imphal and then make their way to London via Myanmar, Thailand, Laos, China and Russia. Easier said than done.

In an interview with The Hindu, Badri Baldwa said, “”There was no other alternate route to drive to London from Mumbai: if I were to drive via Pakistan and Afghanistan, there was no guarantee that I would make it alive. We could not go north via Tibet either, as China would not allow it,.”

When they reached Imphal, they were joined by 12 other vehicles who were on the same journey. The group had connections with the Indian government, and so their stay and dinner were managed by the Indian Embassy.

Baldawa also talked about the longest distance they covered in a single day; a whopping 930km from Warsaw to Brussels.
“On that day we had breakfast in Warsaw (Poland), lunch in Cologne (Germany), and dinner in Brussels (Belgium),” he added. Their journey through 19 countries, was a complete eye-opener for the Baldawas. From infrastructures to brilliant landscapes they got to see it all.