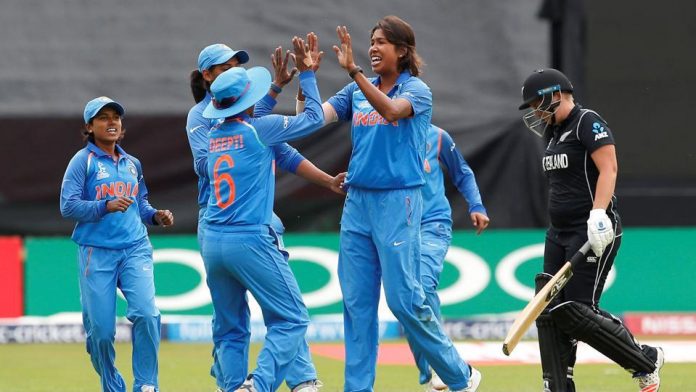 Chasing a stiff target of 266, the White Ferns couldn’t stand against a ruthless Indian bowling line up and were eventually bowled out for a mere 79 runs in just 25.3 overs at the County Cricket Ground on Saturday.

Gayakwad was absolutely brilliant as she picked up five wickets giving away just 15 runs in her 7.3-over spell.

Indian skipper Mithali Raj was declared as the woman of the match.

Board of Control for Cricket in India (BCCI) acting president C.K. Khanna hailed the women’s team for qualifying into the semi-finals of the tournament.

“On behalf of the BCCI, I congratulate Indian Women Team for qualifying into Semifinals of Women World Cup 2017.

Team India will face Australia in their semi-final clash.