Here’s why SRK got the Honorary Membership of the Jodhpur Guide Association | Newsmobile
Thursday, October 6, 2022 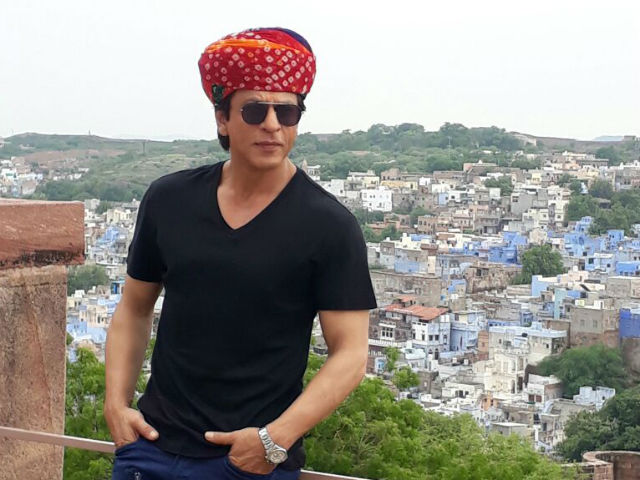 Rajasthan is well known for serving as a Tourist destination in India with ‘Tourist Guide’ proving to be a full-time profession in the state. Jodhpur Guide Association Rajasthan is a 148 member body, consisting of Tourist Guides from the city.

The association will confer Shah Rukh with a membership and badge as a token to mark the association.
The association is a gesture of awe by the Guides to Shah Rukh, who will be seen playing the role of a Tourist Guide in his upcoming film ‘Jab Harry met Sejal’.

The Honorary membership comes as an addition to the list of felicitations and doctorates from around the world as possessed by Shah Rukh.

Harry- The Tour Guide is winning hearts all over! @iamsrk receives honorary membership from Jodhpur Tourist Guide Association for playing a tourist guide in his upcoming film #JabHarryMetSejal. #HarryInJodhpur

Shah Rukh will be seen portraying the role of a Guide on the silver screen, nearly 52 years since legendary actor Dev Anand’s iconic ‘Guide’.

Imtiaz Ali directorial ‘Jab Harry met Sejal’ will feature SRK as a professional Tourist Guide. The actor will be seen enacting the fundamentals of a Guide.

Glimpses of SRK as an outspoken and fun loving Guide have already left the audience awestruck and rooting for his on-screen character ‘Harry’ from the film.

Presented by Red Chillies Entertainment, ‘Jab Harry met Sejal’ is directed by Imtiaz Ali. The film is all set to release on August 4th.