Country should never be divided on the basis of religion: Amit Shah | Newsmobile
Friday, December 9, 2022

Home Home Slider Country should never be divided on the basis of religion: Amit Shah 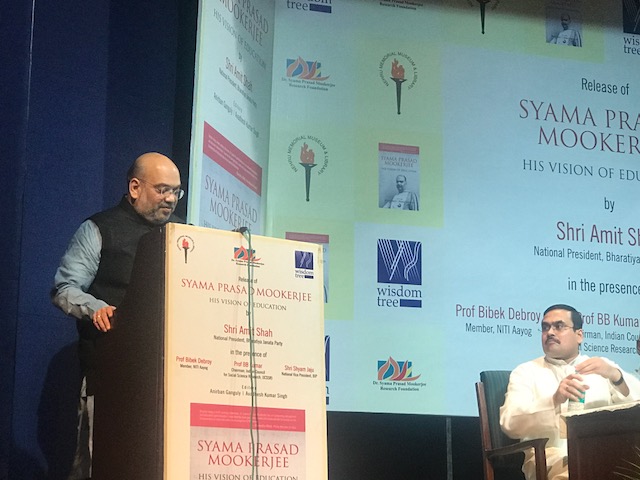 “History has been unfair to Syama Prasad Mukherjee and those who wrote history, people who think out of line, who want to go the different line, they always had this injustice,” BJP President Amit Shah said after releasing the book Syama Prasad Mookerjee: His Vision of Education by Anirban Ganguly and Avadhesh K Singh. 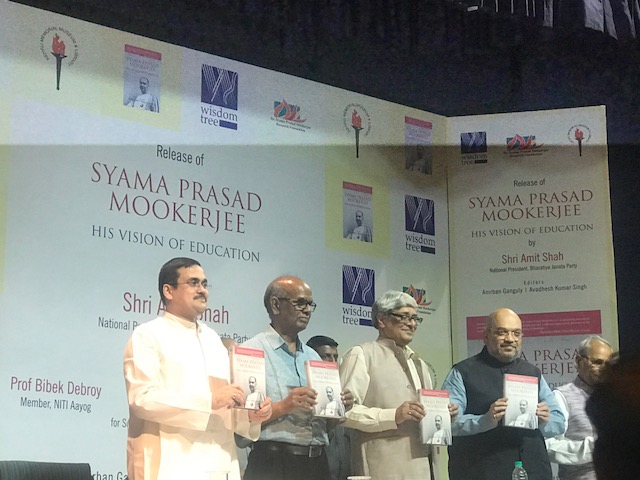 He recalled Syama Prasad Mookerjee contribution to freedom struggle and his life as a visionary. “Country should never be divided on the basis of religion, I don’t understand why Congress accepted the division of India,” Shah said.

“We should understand Dr Mookerjee’s ashta siddhantha and an education policy that connects Indian tradition. From primary education to higher education there should be a connect,” the BJP President added. “He had the conviction to stay ahead for his ideas,” added Shah. He became the industry Minister but left it because of his principled stand.

“Kolkata wouldn’t have been in India if Dr Mookerjee wouldn’t have intervened,” he added. “Taking Kashmir to the UN was a mistake,” he said, “Syama Prasad Mookerjee wanted to go to Kashmir without a permit. He died in mysterious circumstances but his sacrifice led to the end of permit system.”

Earlier in a well articulated address Dr Anirban Ganguly read the address by Prime Minister Narendra Modi hailing the publication of the book and praising the work done by Dr Mookerjee.”