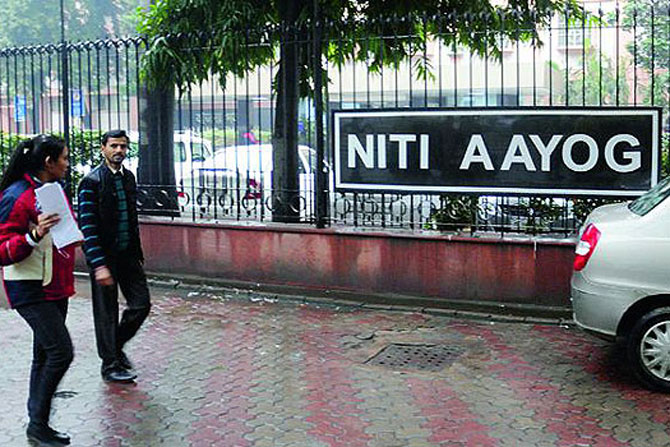 Kant said the sector was “over-regulated and over-governed.”

“Higher education is over-regulated and we are working in this regard. We are working to create an easy and simple regulatory framework. We need to expand the higher education sector and for that we need good institutions. Over-regulation needs to be completely scrapped. We should be facilitators instead of being inspectors.”

He said that India has grown hugely in the higher education sector since independence.

“Just look at the dynamism of which it is growing (universities in India), there are over 40, 000 colleges, 12,000 standalone institutions, so we have grown hugely since independence,” he said.

Kant highlighted that India has attained substantial progress in the higher education sector citing the gross enrolment ratio of India at the time of independence was just 0.4 and its 25 percent now.

However, he also said that India needs to benchmark them against China as both were at the same level in early 1960’s, but today Beijing’s enrollment ratio is almost 43 percent.

He added that Chinese’s universities are ranked in top 100 and he does not see any reason as to why India should not have same growth trajectory.

Regulatory framework needs to be shaken up so that we have an integrated system. He said the MHRD, NITI Ayog and the UGC have constituted a committee to look into this. “The outcome would be a ‘simple structure’ that would oversee the domain,” he said.

He said that many of the problems relating to the sector stemmed from the fact that education was termed as a not-for-profit. He said that transparency would be ushered in once changes were made to the policy framework whereby institutions could make a decent profit which could be ploughed back to the sector. “There is no such thing called “not-for-profit” as such. The objective should be to generate profit, which could be re-invested’,” he said.

Lamenting the fact that India does not have a single world-class university, the NITI Ayog CEO said, “The Prime Minister himself is taking interest in creating twenty world class universities, ten each in private and public sector.” “Outstanding universities need to be promoted and the government should act as a catalyst,” he said.

Replying to a one-on with Maheshwar Peri, the publisher of Careers360 on making India a study destination for international students, Amithabh Kant said, “India must create an ecosystem, which should be able to a attract vast numbers of students.” For this, universities must focus on research and innovation. “This would prevent Indian students from taking admissions in third-grade institutions abroad,” he said.

On asked why the GST is harsh in higher education with an 18% tax on Higher education admissions and fee, he said the institutions failed to make a ‘Huge noise” on this and promised that the NITI Aayog would look into the matter “within two months”.

Asserting that India has also achieved a lot in terms of higher education system, Kant said many government institutions like IITs, IISs, IIMs have set benchmarks of quality and have been functioning for decades with great quality interest and these have been supplemented by initiatives of the private sector.

He said the challenge which remains to be addressed is to take such institutions to the level of eminence that is recognized worldwide.

Emphasizing that India was recognized as a great center for learning higher education, Kant said private initiatives like Career 360 are playing a very important and significant role.

“They help in increasing citizen awareness, they bring in awareness about higher education institutions which country has, their quality and the information flow. Such institutions like Career 360 bring everything in the knowledge of public and they have to maintain their reputation in the market that is important,” he said.

Kant said there are many transformations and changes in the offering for the country which should take India to the next higher level.

“We are looking at for instance providing enhanced autonomy to top performing institutions. This should kick start innovation in courses and this should actually push program delivery and help higher institutions to keep pace with rapidly changing technology changing environment,” he said.

Kant said the NITI Aayog has also deliberated about allowing many multiple accreditation bodies of the global standard to operate within a notified framework.

“We are reaching new peaks every year. We have today about 3 hundred million students enrolled in about 1.5 million schools, we have about 8.6 million teachers at the school level 868 universities, we have almost 41000 colleges and for students perspective if ever there was a time on information or the choices or options to do the higher education it was now, when I was there in DU there was no such option available,” he said.

Kant further said that there has been a huge amount of excellence centers which has come and spread all over especially in close proximity to Delhi.