Home Home Slider Jagga Jasoos : Will it rise beyond the lacklustre trailers and insufficient... 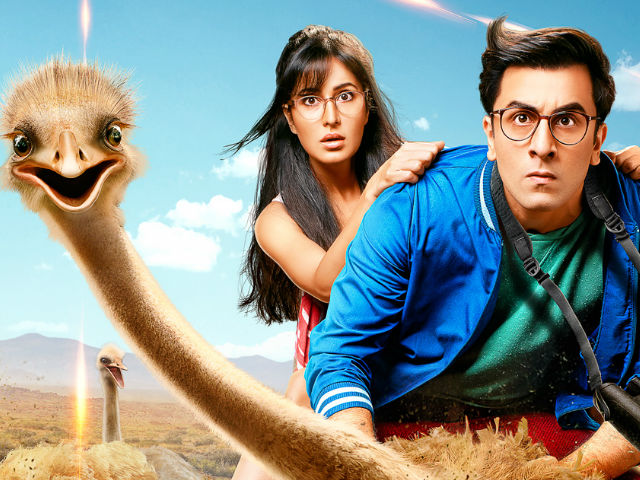 ShareTweetGoogleWhatsappPrint
Mail
This much-delayed film is being touted as a Musical adventure romantic comedy. But unfortunately, from the looks of it, nothing seems right.
The lacklustre trailers and music do not give even a slight inkling of what to expect.
But this certainly doesn’t translate into any kind of intrigue.. just plain indifference. I wonder how can’t the marketing team see that their teasers are just plain boring.
For a film which calls itself a musical and claims to have 20 songs( by Pritam), the music track has been hardly heard so far. And whatever has been heard is hardly impressive.
The film ‘s so-called adventures have reportedly been inspired from Tintin… so can be deciphered from
Ranbir’s looks in the film. But this comical feel to adventure is a big gamble that Anurag and Ranbir seem to have played. With an experimental treatment of script and with a co-star like Katrina (with nothing but charm in place of talent), it seems like a big responsibility on both of their shoulders.
ALSO READ: Sara Ali Khan to debut opposite Sushant in 2018
With what we see of the visuals and music, stars? Anurag Basu seems to be trying to recreate the magic of Barfi. But doesn’t that run the risk of being repetitive with all those innocent looks of the stars?
With hardly any hits for quite much time now, Ranbir expects a lot( being actor and producer)from this film which has seen all kinds of delays and an unprepared release.
But since we have no doubt in Anurag Basu as a director and Ranbir as an actor, we sincerely hope that the film pleasantly surprises the audience and delivers much more than its trailers promise.
ShareTweetGoogleWhatsappPrint
Mail