Home Music & Entertainment Check out Priyanka Chopra’s sizzling pictures from the set of her third... 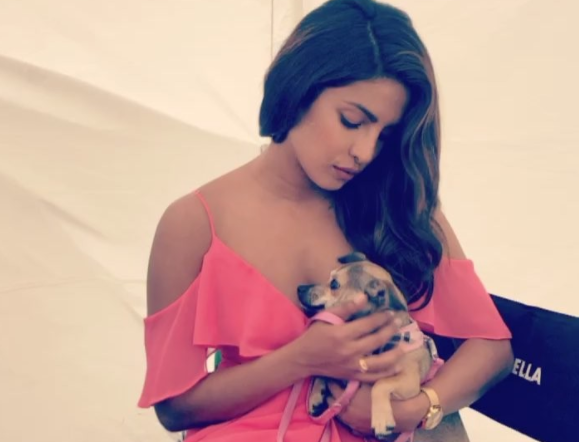 PeeCee has again begun shooting for her third Hollywood film, ‘Isn’t It Romantic?‘, after ‘Baywatch’ and ‘A Kid like Jake’, for which also she is currently shooting in New York. She was spotted wearing a pink dress with cold shoulders and nude heels.

Priyanka will be seen as Yoga Ambassador, Isabella, while Wilson will play an architect Natalie from New York City. The film is all set to release on Valentines in 2019.

The rom-com stars Rebel Wilson and Liam Hemsworth with Priyanka Chopra and is directed by Todd Strauss-Schulson. Hemsworth stars as Blake, a handsome client with Adam as Wilson’s earnest best friend, Josh. In the film, Natalie works hard to get noticed at her job but is more likely to be asked to deliver coffee and bagels than to design the city’s next skyscraper.

In the many pictures shared on Instagram by her fan accounts, Priyanka is seen with actor Adam Devine (Pitch Perfect). They filmed a scene where Adam performs the Heimlich maneuver on her as she gasps for breath.

OMG!! PRIYA on the set of her new film Isn’t It Romantic Her face 😢❤ #priyankachopra #isntitromantic