Home News For Kids Massive iceberg breaks off from Antarctica 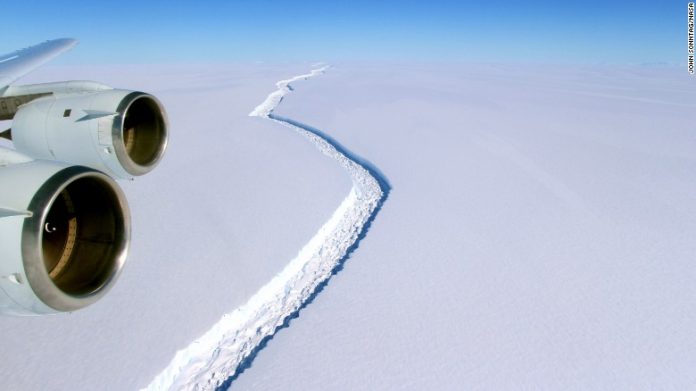 The iceberg, estimated to weigh nearly one trillion tonnes and measuring 5,800 square km, broke off from the Larsen C Shelf in Antarctica between 10 and 12 July, according to scientists at the University of Swansea and British Antarctic Survey. The break off of the iceberg has reduced the area of the Larsen C ice shelf by 12 percent.

Scientists have also stated that icebergs breaking off is a natural occurrence and isn’t attributed to man-made climate change. However, they cautioned that the gradual warming of the climate was having an effect on the frozen continent with Antarctica recording warmer temperatures than normal.