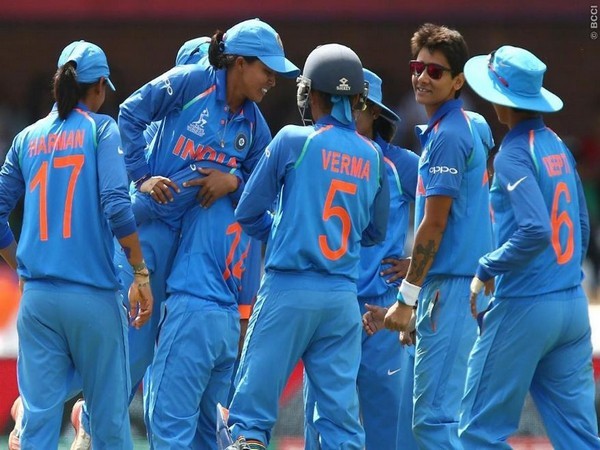 Bristol: India will aim to take one step closer to qualify for the semi-finals of the ICC Women’s World Cup when they take on mighty Australia in their penultimate round robin clash here at the Bristol County Ground on Wednesday.

Both sides were beaten last time out, India by a huge margin of 115 runs at the hands of South Africa, and Australia in dramatic circumstances by hosts England by only three runs.

For Australia, a strong net run-rate means the situation is not yet alarming, but India faces this match, followed by a clash with New Zealand, knowing that it almost certainly has to win one of these games.

India’s record against Australia is not a great one, with eight wins in 41 completed matches, but Mithali Raj’s 89 set up a five-wicket win the last time the teams met.

Shikha Pandey came back into the side against South Africa, and explained that the team is very aware of the precarious position in which it finds itself.

She said, “We need to pull ourselves back from the defeat. The best cricket that we can play is there, so hopefully it will come against Australia.

“Our initial breakthrough has been a concern for us. We need to play more attacking cricket, similar to that of South Africa [on Saturday]. We need to plan better for that.

“Even before the World Cup started, we said that we were going to do our best and not have to depend on other teams.

“Obviously, all that now comes into the picture, so we’ll do what we do best – that is winning the next two games, and then we’ll see what happens.”

For Australia, Wednesday’s game is a return to Bristol where England sneaked a three-run victory on Sunday in skipper Meg Lanning’s return from injury.

She scored 40 in that game before falling to Alex Hartley, and Lanning is keen for an immediate response.

She said, “Against England was not our best performance with the ball but hopefully we can learn from that pretty quickly and come back for India.

“There are no easy games from here for us and the games against India and South Africa are going to be tricky. We have to bounce back and put on a strong performance.

“Going forward, we need to look at the types of bowlers that are tying us down, Alex Hartley had a good game but perhaps we could have bit a put more pressure on her.

“We’ve spoken about it a fair bit as a bowling unit trying to minimise those extras and 32 wides is way too many and something we are going to have to improve on moving forward.”