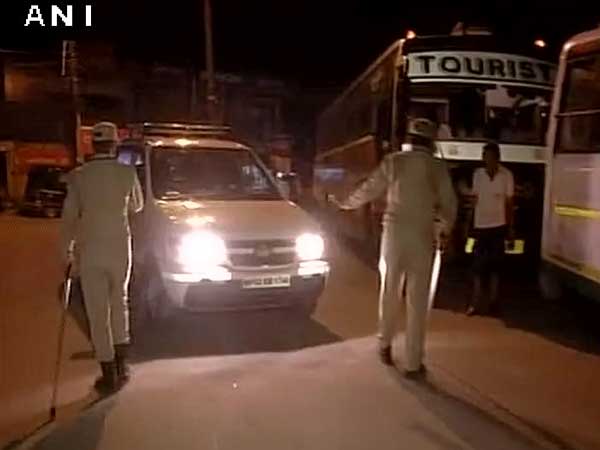 Anantnag (J-K): The Peoples Democratic Party (PDP) on Tuesday said the terror attack on the Amarnath Yatra pilgrims was an attempt to create communal violence and defame Kashmiris in Jammu and Kashmir.

At least seven people were killed and 15 others injured on Monday after terrorists opened fire at bus ferrying Amarnath Yatra pilgrims in Batingoo near Anantnag district.

“This is an attempt to defame Kashmiris and to create communal tensions in the state. This is an act of terror to trigger Hindu-Muslim violence. This is the darkest era we have seen in our lives,” PDP youth president Waheen Para told ANI.

“The incident has left Kashmiris’ heads hanging in shame.The attack is a blot on the name of Muslims and the people of Kashmir,” said Mehbooba.

“I have no words to condemn this. I hope those involved will be arrested and punished soon,” she added.

“We will treat terrorists as terrorists. Those who attack innocent people will not be spared,” said Singh.

Further confirming the number of casualties, Singh said, “Seven people have lost their lives and 15 others are injured. The injured are reported to be out of danger.”

Earlier, Prime Minister Narendra Modi also condemned the terrorist attack and said that India would never get bogged down by such cowardly attacks.

“Pained beyond words on the dastardly attack on peaceful Amarnath Yatris in J&K. The attack deserves strongest condemnation from everyone,” he tweeted.

The injured pilgrims were rushed to a hospital in Anantnag where Chief Minister Mehbooba also reached to meet them.