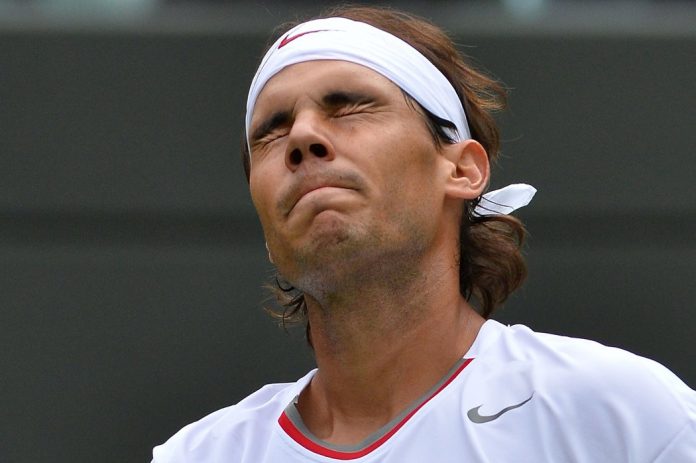 London [UK]: Fifteen-time Grand Slam Champion Rafael Nadal, who suffered a shocking fourth-round defeat against Luxembourg’s Gilles Muller to bow out of the Wimbledon, was able to recognise how special the atmosphere was for their classic battle.

34-year-old Muller came close to finishing the job sooner when he held two match points with the Spaniard serving at 4-5 in the fifth set, and another two at 9-10.

Muller let those opportunities slip by but held his nerve admirably to convert his fifth match point in the 28th game of the decider to seal a memorable win.

“It was a great feeling. Great atmosphere. I put everything on the court. I played with all my passion and the crowd normally appreciates that” the ATP website quoted Nadal as saying after the match.

“Just thanks for the support. I tried. I’m sorry for the crowd that was supporting me, but it was great to feel all their support,” he added.

The two-time Wimbledon champion, who was not satisfied with the brand of tennis he showed in the match, said he was pleased with how he competed for the nearly five hours of play.

“He played well. I think I didn’t play my best the first two sets. I made a couple mistakes that made me then play against the score all the time, and that’s so difficult against a player like him,” said Nadal.

“So well done for him. Especially in the fifth set, he played great. I was there and fought until the last ball with the right attitude. It probably wasn’t my best match, but at the same time I played against a very uncomfortable opponent,” he added.

The victory has put Muller, no.16 seed, into his first Wimbledon quarter-final where he will play seventh-seeded Marin Cilic.