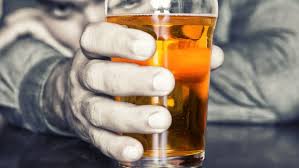 In the first conviction since the Bihar Prohibition and Excise Act, 2016 came into effect, a Jehanabad court has sentenced two brothers to five-year-jail term along with fine of Rs 1 lakh each.

The court of Jehanabad Additional District Judge on Monday convicted and sentenced Mastan Manjhi and Painter Manjhi to five years jail term and also imposed a fine of Rs 1 lakh each for drinking. An excise department team had earlier arrested the two on May 29 this year and medical examination had later confirmed presence of alcohol in their blood samples. The two brothers are daily wagers who lived at Purvi Unta area of Jehanabad.

ALSO READ: How to keep cyber criminals at bay

In June this year, 1878 bottles of alcohol were seized from the room of a private high school in Jehanabad. While the alcohol was found to be manufactured in Haryana, the alcohol seized was from Kishanchand Dangi Girl’s High School premises in Dhangawan area of Jehanabad. While the school administrator’s role was being probed, two people were arrested for their involvement in the illegal liquor trade.