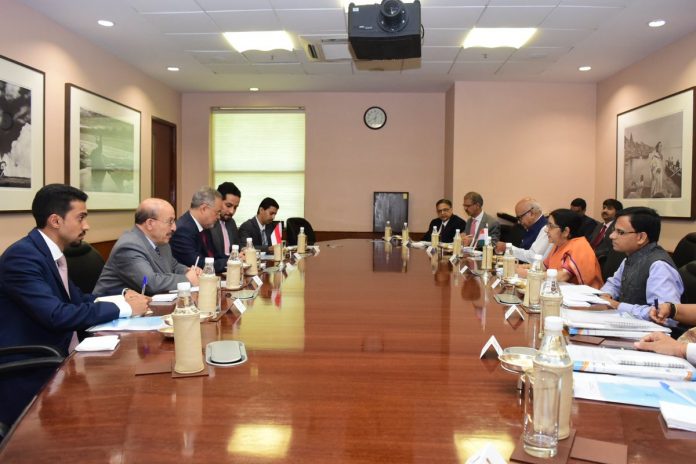 Yemen’s Deputy Prime Minister is on a four-day visit to India from July 10 to 13 at the invitation of External Affairs Minister Sushma Swaraj.

“The two countries share commonality of views on major international issues such as UN reforms and combating international terrorism,” the ministry said in a statement. “During the upcoming visit, the two sides will discuss the entire gamut of bilateral relations as well as regional and international issues of mutual interest.”

In 2015 a coalition of Arab nations led by Saudi Arabia attacked Shia Houthi rebels in Yemen and toppled the government of President Abd Rabbuh Mansur Hadi,a key U.S. ally in the region. India executed Operation Raahat in which over 5,500 Indian nationals and citizens of other countries were evacuated.

“India and Yemen share close and friendly relations based on strong people-to-people contacts, which are reflected by the presence of nearly 300,000 Indians of Yemeni origin living in India and around 100,000 people of Indian origin settled in Aden and other parts of southern Yemen,” the External Affairs Ministry statement said.

“For Yemen, India has traditionally been one of the major trade partners and a popular destination for its students pursuing higher education on self-financing basis as also for medical treatment of the Yemeni patients,” it stated.