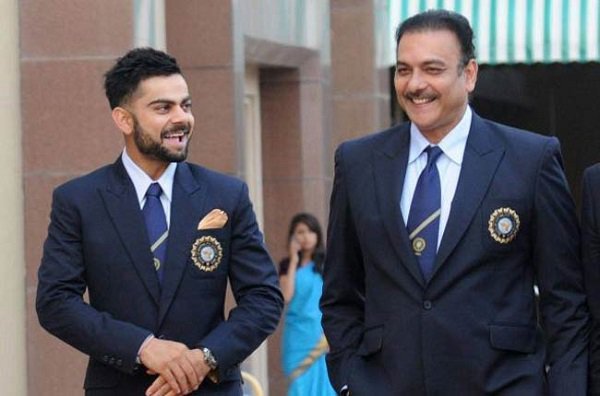 Ravi Shastri has been announced as the new Indian men Cricket Team‘s head coach by the CAC (Cricket Advisory Committee) appointed by the BCCI ( Board of Control for Cricket in India) on Tuesday.

The new Indian head coach is appointed under 2-year contract and he will hold the position till ICC World Cup, scheduled in 2019 in England.

Ravi Shastri initially didn’t apply for the post, but later applied after the deadline for the coach application was extended. Last year though, Ravi Shastri was ignored for the position and Saurav Ganguly is said to be the reason for selecting Anil Kumble over Ravi Shastri, according to the reports.

Earlier, Ravi Shastri also held the position of team manager for India. Here is Ravi Shastri’s record as a cricketer

Ravi Shastri (55) was one of the best all-rounders for India in his time. He played 150 ODI’s and scored 4650 runs at a healthy average of 36. He scored four centuries and 18 half centuries in his career with the best score of 109. He was equally talented with the bowl and he took 129 wickets in his 150 match career of spin bowling with the best performance of 5/15.

His test match career was also a successful one where he scored with 11 centuries and 12 half-centuries in 80 matches with the highest score of 206. He took a total of 151 wickets in tests.

People still remember him as a big contributor to the Indian cricket team with his all-rounder skills under Sunil Gavaskar’s captainship. He was selected twice for the role of vice-captain in the team. His slow batting was criticised, but he drastically changed his batting style and improved his strike rate. He equalled Garry Sobers record of hitting six sixes in an over in Ranji cricket.

Which reflects bright light for Indian cricket team in future, after his appointment as the coach.