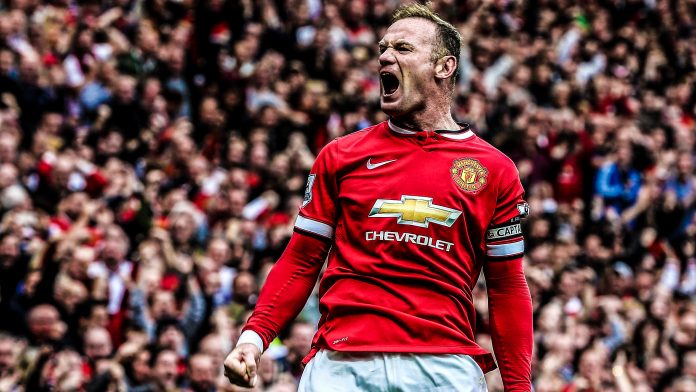 Wayne Rooney’s glorious United career has finally come to an end, with the former club captain having completed a return to his boyhood club Everton.

The controversial 31-year-old scored 253 times in 559 appearances in all competitions across a remarkable 13-year career at Old Trafford, his tally surpassing the former club goal record held by legendary Bobby Charlton.

Rooney signed from Everton in 2004 after catching the attention of the country when he scored the winner against Arsenal as a 16-year-old, and he has gone on to light up the Premier League, UEFA Champions League and domestic cups with some jaw-dropping strikes in the famous red shirt.

From an unforgettable debut game against Fenerbahce to a miraculous lob at Upton Park, with a moment of Manchester derby magic, we take a look at Rooney’s top 10 goals for United.

Tell us which one was your favourite in the comments section.

If Man United fans were doubtful about an 18-year-old Rooney being worth of a reported £27 million (A$45.75 million) tag, a hat-trick on his Old Trafford debut went all the way to silence the doubters.

Rooney has certainly scored more impressive goals than this, but few match up in terms of sheer importance.

Rooney boasts two candidates in a list of his top United goals from this 3-0 FA Cup victory, and his stunning volley in the closing stages of the match came close to making the cut here.

This remarkable goal was Rooney’s comeback from an injury, and he finished the job in some style.

Wayne Rooney collected the ball more than 20 metres from goal and sent a stunning chip over James and into the far corner.

It took just 12 seconds for the ball to reach the Bolton net from United’s clearance, and the goal was later nominated for the best in the division for that season.

The goal, which was named as the greatest in Premier League history in 2012, took United a step closer to their 19th top-flight title.

Although they won the domestic title, United’s season ended in disappointment as they were comprehensively outplayed by Barcelona in the Champions League final at Wembley.

The strike moved Rooney to third in United’s all-time scoring list, behind only Bobby Charlton and Dennis Law

Rooney lined up a free-kick on the left of the area and, with Stoke goalkeeper Lee Grant perhaps expecting a cross, whipped a stunning set-piece into the top corner.