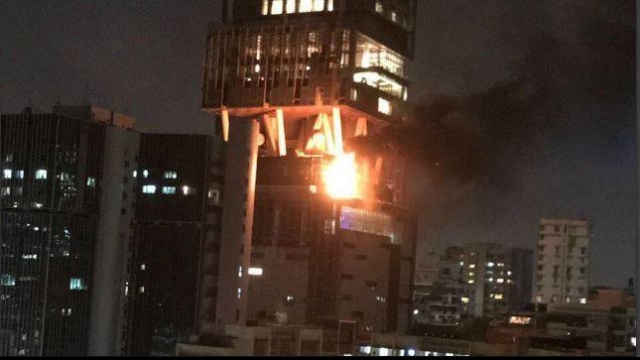 A fire at industrialist Mukesh Ambani’s residence Antilia in Mumbai caused havoc after which six fire tenders doused it.

A blaze was reported from the garden area in Antilia building on Altamount Road. Six vehicles of fire brigade rushed to the spot and brought the flames under control.
There were no reports of any injuries.

Does anyone know of a fire at Antilla Mukesh Ambani’s house. A friend sent a whatsapp image of a fire in the house. pic.twitter.com/rPhef8gCFn

“There was a small fire in the garden area of Antillia this evening which was quickly brought under control. No one was injured. The cause of fire is being investigated.” ‬
‪ -RIL Spokesperson