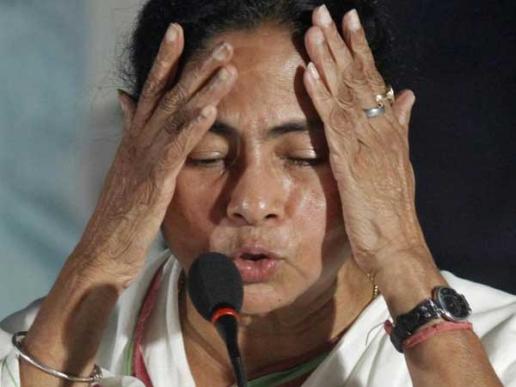 Kolkata (West Bengal) [India]: The Bharatiya Janata Party (BJP) on Monday slammed West Bengal Chief Minister for failing to pacify the situation in the state and also demanded her resignation.
” Mamata Banerjee totally failed in West Bengal and the future of the state is in danger. A communal division is prevailing in the state and Mamata is responsible for it. She is pointing figures at BJP. She should resign if she can’t handle the situation,” BJP leader Rahul Sinha told ANI.

Singh took to Twitter and informed that he spoke to Sikkim Chief Minister Pawan Kumar Chamling and ensured him the safety and security of National Highway 10, and asserted that the Centre will do everything possible to save people of the state from any misery.

“Spoke to Sikkim Chief Minister Shri Pawan Kumar Chamling regarding the security situation in the state and areas neighboring West Bengal. I assured him that Centre will ensure the safety & security of NH 10 and do everything possible to save people of the state from any misery. I have asked the Home Secretary to coordinate with West Bengal administration and ensure the safety, security and smooth traffic on NH 10,” tweeted Singh.

Yesterday, Ministry of Home Affairs (MHA) said that at least four companies of the Border Security Forces (BSF) forces that were deployed by the Centre were turned back by the West Bengal Government. According to the sources, the Centre had already sent 11 companies of personnel to Darjeeling to quell the unrest taken out by people demanding a separate Gorkhaland.

Mamata accused the Centre of creating tension in the state while saying that there was no cooperation from the Central government to curb violence in the state.

Mamata further said that the forces were not deployed on time, which further flared up violence around the West Bengal border.

The MHA sources further claimed that the state government has also not sent the sought detailed report on the Basirhat incident and this is causing a delay to convene a review security meeting.