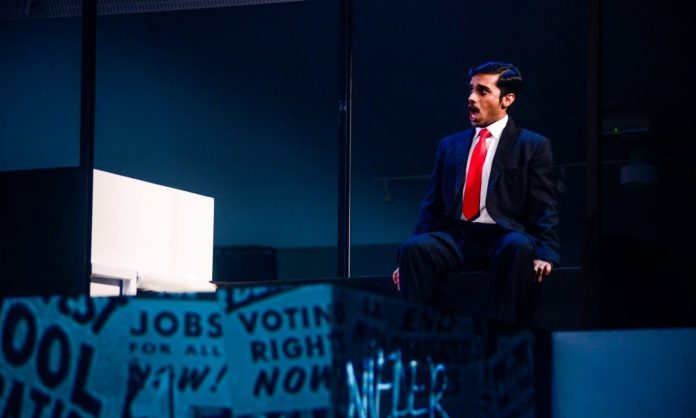 Oscar Castellino, a 31-year-old from Mumbai could be the composer of Mars’ National Anthem.

This youth’s composition was recently named ‘Mars Anthem’ by the Mars Society, the world’s largest and most influential advocacy organization that focusses on the fourth planet of the solar system. The composition premiered in Cardiff in June by the Society, with Casteillino, a distinguished baritone, accompanied by the REPco Sinfonia.

Castellino is set to perform this September in California for the society’s 20th Annual convention. “I would not be surprised if Castellino’s composition some day became the national anthem of the Free Martian Republic,” said Dr Robert Zubrin, a former Lockheed Martin engineer and founder-president of the Mars Society, who also co-wrote the lyrics.

The much-awaited anthem is to be released online this month.

Before his talent was discovered by the British-Indian soprano Patricia Rozario in 2011, Castellino was a software analyst in Mumbai. This was followed by a massive jump, a scholarship to London’s prestigious Royal College of Music, singing for Queen Elizabeth’s diamond jubilee pageant and numerous opera roles.

Currently studying on scholarship at the Royal Welsh College of Music and Drama, he has come a long way from studying science at St. Xavier’s College, Mumbai.

“My physics background and curiosity got me in touch with Dr Zubrin, president of the Mars Society and also driving force behind the ‘Mars Direct’ design that NASA adapted for its Mars mission,” said Castellino, whose family is from Assagao in Goa.

ALSO READ: Elon Musk: ‘A self-sustaining city can be built on Mars’

Mars Society was looking for an anthem and Castellino proved to be the perfect combo of a trained musician and science geek. As Mars is my inspiration and music my tool, I thought I would give it a shot,” Castellino said. “To my surprise, I got a reply from Zubrin saying he and others in the Mars community he had shared it with were thrilled.”

This isn’t the first time someone has stumbled upon the idea of a Mars anthem. “But ‘Rise to Mars’ has a good chance of being the song for the ages. It is very inspiring, it truly conveys the hopes of those reaching for the Red Planet, and is a song everyone can sing rather than merely listen to as a member of an audience,” Zubrin said, according to reports.

But why the need of an anthem at all? “No movement of importance has ever gotten anywhere without a song,” says Zubrin.