Do you find anything unusual in this viral picture? | Newsmobile
Thursday, December 1, 2022

Home Trending Now Do you find anything unusual in this viral picture? 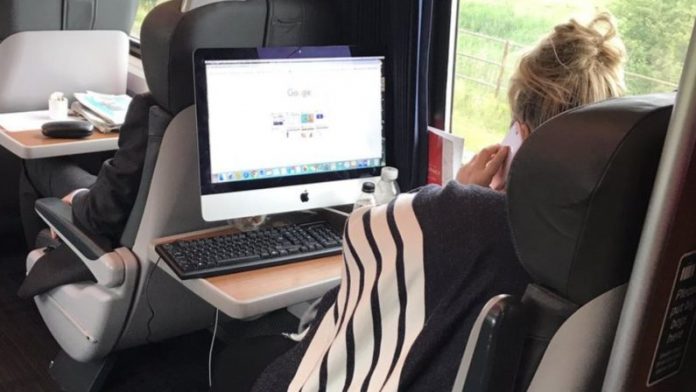 In the constantly changing world, travelling and work go hand in hand and it becomes quite challenging to make an equilibrium between the two because, of course, it is not so convenient to work while travelling. But not for this anonymous woman.

An unnamed woman was spotted on a train who literally took ‘work is worship’ phrase seriously, as she was seen using a 21-inch iMac (with Keyboard and mouse) in a train on a folding tray.

A lady has brought her iMac onto the train! Has she not heard of a laptop?? wtf!!! pic.twitter.com/zC3wNw7Yhv

ALSO READ: Travel hacks: How to get an upgrade to first class without paying for it

The picture is making rounds on social media which was first tweeted by David Hill, a tech advisor from Texas.

“I had to look twice, I was shocked to see such a large computer on the small table,” Hill quoted in a report. “I am still puzzled why someone would carry a desktop computer around, when a laptop would give her the same options, with more portability.”

ALSO READ: This is how Tesla Model 3 will actually look like

Well, what so ever the reason had been, this ‘Queen of Train’ gives serious hard working goals.