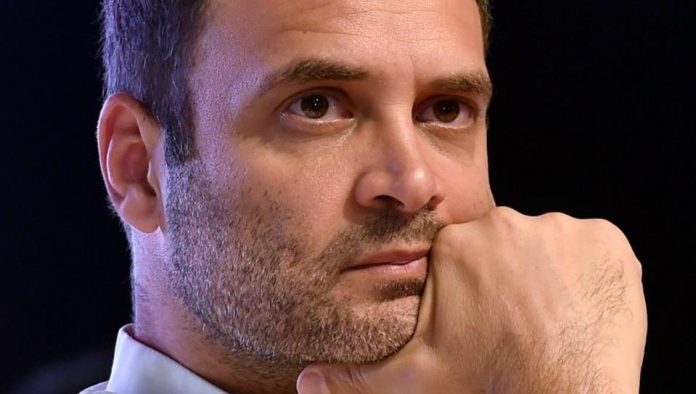 Six hours after an assertive denial of meeting between Rahul Gandhi and Chinese envoy Luo Zhaohui, the Congress did a major flip-flop and said that not only did the party vice-president meet the latter, but the Bhutanese envoy as well.

“Various ambassadors and envoys keep meeting the Congress president and the vice-president from time to time on a courtesy basis, particularly those of G5 nations and also of the neighbouring countries – be it the Chinese Ambassador, or the Bhutanese Ambassador or the former national security advisor Shiv Shankar Menon,” Congress spokesperson Randeep Singh Surjewala said.

“Rahul Gandhi met all of them. So, nobody should try to sensationalise such normal courtesy calls or term them as events, like the sources from the Ministry of External Affairs (MEA) are trying to do.Rahul Gandhi and other Opposition leaders are fully aware of or national interests and other concerns about the grave situation on the Indo-Chinese Border and Bhutan, including Sikkim,” he added.

Earlier in the day, the Chinese Embassy in Delhi first posted and later removed a statement on its website saying that the two met after the Congress denied it as “fake news”.

Surjewala, in a series of tweets, said some news channels were running “fake news” on Rahul’s alleged meeting with the Chinese Ambassador.

“A wanting to be ‘Bhakt’ channel will not question 3 Union Ministers visiting China or PM’s bonhomie & praise at G20 yet run fake news! Before MEA & IB sources plant news with ‘Bhakts’, they should reverify that we still have diplomatic relations with all our neighbours.2/n” he tweeted.