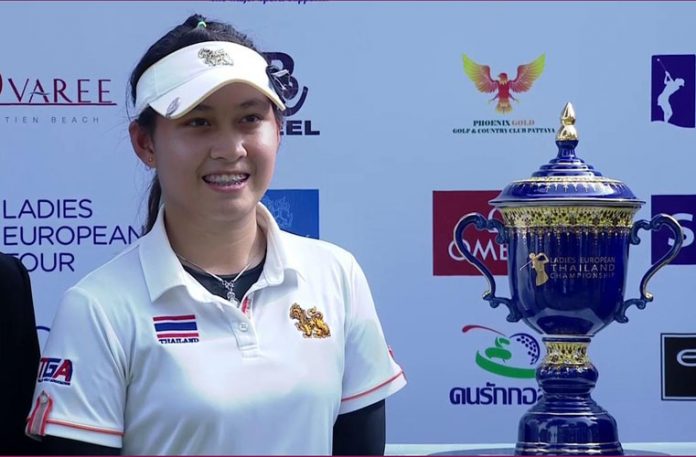 Amateur golfer Atthaya Thitikul became the youngest known winner of a professional golf tour event when she won the Ladies European Thailand Championship on Sunday at just 14 years of age.

Thitikul dedicated her win to Thailand and the Thai people. Her amateur status, however, makes her ineligible to win the 45,000 euros prize money, which will be awarded to Mexican Ana Menendez who came second in the championship.