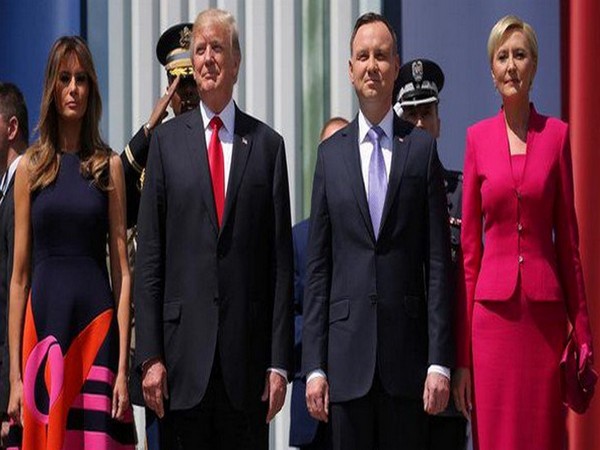 Trump re-tweeted Duda’s post, wherein he wrote about fighting the “fake news” regarding how his wife welcomed the Trumps.

Contrary to some surprising reports my wife did shake hands with Mrs. and Mr. Trump @POTUS after a great visit. Let’s FIGHT FAKE NEWS.

“We will fight the #FakeNews with you!” Trump wrote.

We will fight the #FakeNews with you! https://t.co/zOMiXTeLJq

In the video, it was visible that Trump was left hanging as he stretched his hand out to greet Agata, who walked right past him to shake hands with his wife Melania.

Folks, Poland’s first lady did not diss Trump’s handshake attempt. She was looking at Melania, shook her hand, then shook Trump’s. Stop. pic.twitter.com/ta8DNsv0Th