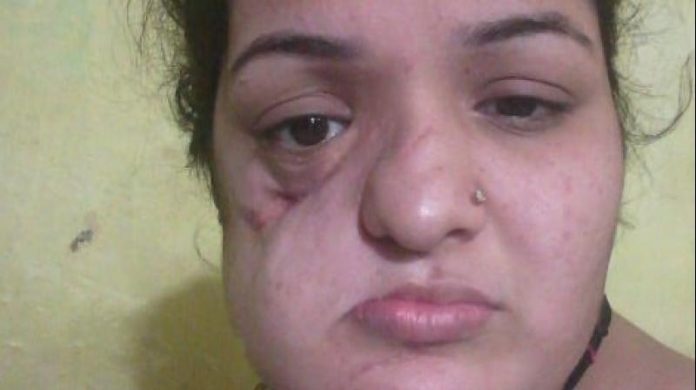 A Pakistani woman allegedly suffering from cancer has sought help from India’s External Affairs Minister Sushma Swaraj, after the Indian embassy in Islamabad rejected her her medical visa application citing the deteriorating relations between the two countries.

Faiza Tanveer, who is suffering from a recurrent ameloblastoma, an oral tumor which is aggressive in nature had planned to visit the Inderprastha Dental College and Hospital (IDCH) in India’s Ghaziabad city and had already paid Rs 1 million for the treatment, The Express Tribune reported.

According to the report, the Indian embassy officials informed Faiza’s mother Parveen Akhtar that her daughter could get a medical visa if Adviser to Prime Minister on Foreign Affairs Sartaj Aziz wrote to Swaraj, requesting for it.

Faiza in her several tweets has urged Swaraj to intervene in the issue so that she gets a medical visa.

She also tweeted a video tagging Swaraj which showed her tumor.

Earlier, Swaraj had come to the rescue of a Pakistani man who was unable to get a medical visa for the treatment of his infant.

Swaraj had assured the Pakistani national that the Indian authorities will assist him with the process after the man identified as a civil engineer living in Lahore according to his Twitter bio, in a tweet questioned Swaraj and Pakistan Foreign Affairs Minister Sartaz Aziz that why his child had to suffer because of sour relations of the two nations.

To this, the Indian minister swung into action and replied with a tweet, “No. The child will not suffer. Pls contact Indian High Commission in Pakistan. We will give the medical visa..”