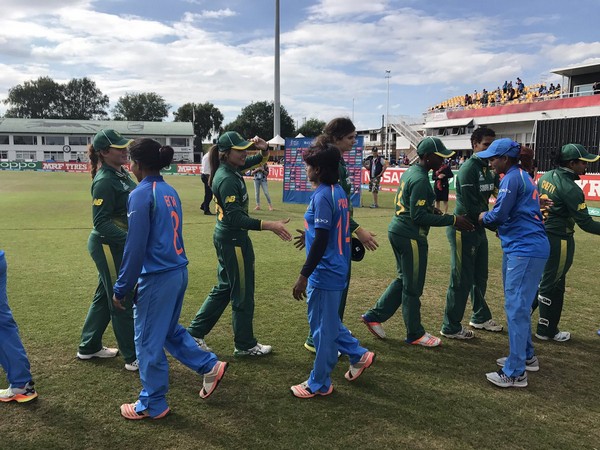 A quartet of wickets and a half-century by South African captain, Dane Van Niekerk led her side to its third victory of the ICC Women’s World Cup with a 115-run win over India.

Lizelle Lee hit 92 runs, 82 of which were boundaries, before Van Niekerk added 57 of her own.

As far as the Indian innings are concerned, Smriti Mandhana was dispatched in the second over, before South Africa went on to take five more wickets within 27 balls.

Deepti Sharma’s half-century was the only saving grace of her side’s innings. South Africa recorded its first ever World Cup victory over India to go up to seven points from five matches, one point less than India’s tally of eight.

“I just felt like taking it deep. I know their game well enough to know I can take it away,” said Van Niekerk.

“I just stuck to my plans and today it came off. We said we wanted it, and we did that. It wasn’t as clinical as I hoped. Everyone chipped in and it was a brilliant team performance,” she added.

India chose to field upon winning the toss, and got proceedings off to the perfect start when Shikha Pandey struck with only her second delivery of the match sending Laura Wolvaardt off for one in the second over.

“When we decided to field it was because of the history of the ground,” said India captain, Mithali Raj.

“We’ve had people saying that most of the matches that are won here are chasing. We did realize that Lee’s wicket was very important. I give full credit to her batting, she played one of the best innings I have seen in the World Cup against us,” she added.