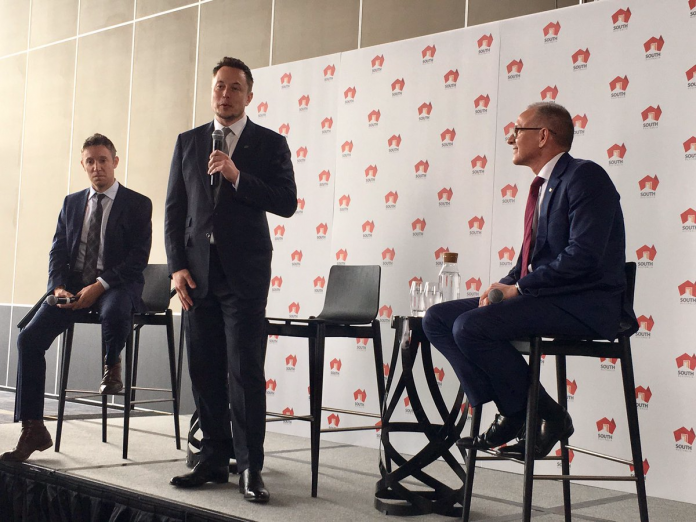 In the company’s continued bid to build sustainable energy infrastructure, Tesla has announced that it will build the largest lithium ion battery in partnership with French energy utility company Neoen in South Australia. The 129MWh battery will be paired with a wind farm and will be designed to store electricity to provide security of electric supply in South Australia.

South Australia has been suffering from frequent blackouts since September last year due to high demand and the construction of the battery is part of Jay Weatherill, premier of South Australia, and his government’s $550 million energy plan. The exact terms of the agreement were not revealed but Elon Musk, founder and CEO of Tesla, confirmed on Twitter that his company will install the system within 100 days of signing the contract or deliver it for free if it misses the deadline.

Musk stated that there would be some technical challenges in realizing the project as it requires scaling existing technologies and designs to meet the requirements of project. Musk, however also added that he was confident of Tesla’s manufacturing and development capabilities to meet the challenge. Elon Musk also detailed how the project would lower the average cost for the end consumer, as the battery packs would be charged when there is excess power and cost of production is low and would discharge the power when cost of power production is high during low power production.