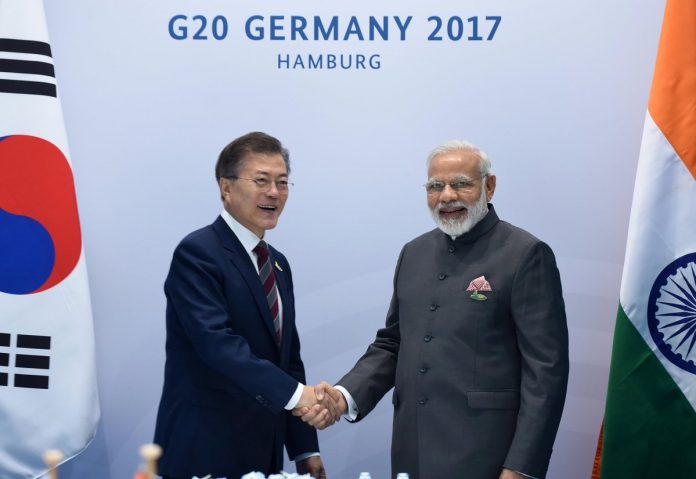 Prior to the working session to discuss Partnership with Africa, Migration and Health, PM Modi met South Korean President Moon Jae-in and held bilateral talks on the sidelines of the G20 Summit. It is reported that the two leaders discussed ways to boost bilateral ties and cooperation at the global level between the two nations. India has progressively built upon the friendly relations with South Korea and has previously partnered with South Korea in the technological fields.

Beginning with bilaterals on the second day in Hamburg. PM @narendramodi meets with President Moon Jae-in on the sidelines of G20 pic.twitter.com/jQYLvZLRXT

In the bilateral meeting with British PM Theresa May, PM Modi requested Britain’s cooperations in returning escaped economic offenders. The request could be seen to be directed towards Vijay Mallya who has escaped Indian authorities by residing in London. The British courts will hear the case against Mallya for his extradition to India with a delegation of Enforcement Directorate and CBI officials presenting evidence.