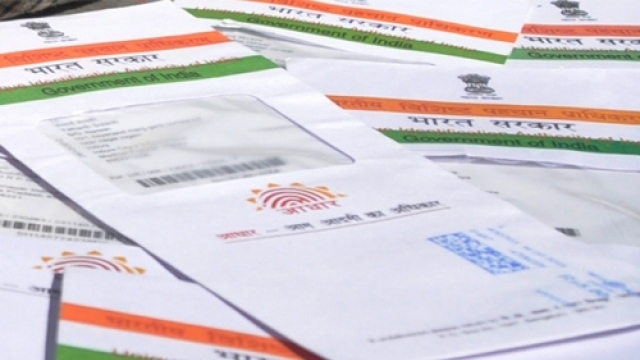 New Delhi [India], July 7: The Supreme Court on Friday allowed the petitioners challenging the making of Aadhaar as mandatory, to mention it before the Chief Justice of India (CJI) for the Constitution bench to hear the matter.

A three-judge bench of the apex court, headed by Justice J. Chelameshwar and also comprising Justices A. M. Khanwilkar and Navin Sinha asked the petitioners to mention it before the CJI court.

Earlier today, the top court was likely to pass an order whether or not Aadhaar Card is mandatory for availing government social benefit schemes.

Earlier in the month, the apex court pronounced its order on mandatory requirements of Aadhar card for Income Tax Return (ITR).

In the recent days, while many taxpayers have received emails on how to do the PAN-Aadhaar linking online, advertisements in leading national dailies have described how it can be done via SMS.

Urging the taxpayers to link Aadhaar with PAN as soon as possible, an email from the Income Tax Department’s e-filing team reads: “This (linking of Aadhaar and PAN) will be useful for E-Verification of Income Tax returns using Aadhaar OTP ( One-Time Password).”

The government had earlier decided to lower the limit on cash transaction from Rs. 3 lakh to Rs. 2 lakh, and make Aadhaar number mandatory for filing income tax returns and applying for a PAN card.

The decisions were part of amendments moved to the finance bill, which puts into effect the Budget proposals.