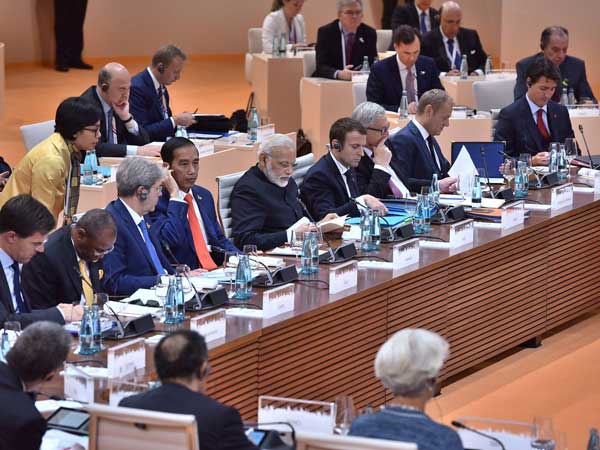 Speaking at the first session on global growth and trade at the G-20 Summit, Indian Prime Minister Narendra Modi highlighted his government’s ambitious rollout of the Goods and Services Tax (GST), saying it would create a unified market of 1.3 bn people and build resilience.

He also said that growth and development for India are central to his pursuit of eco-prosperity and for this, his government aims to lift 100 million households out of poverty by 2019.

The vision also includes doubling farmers’ income by 2022 and equip the 500 million youth of the country with the productive skill set.

He asserted that demonetization has dealt a blow to corruption in India, boosted digitisation and enlarged the formal economy.