Home Sports As India soars to 96th in FIFA rankings, coach admits its all... 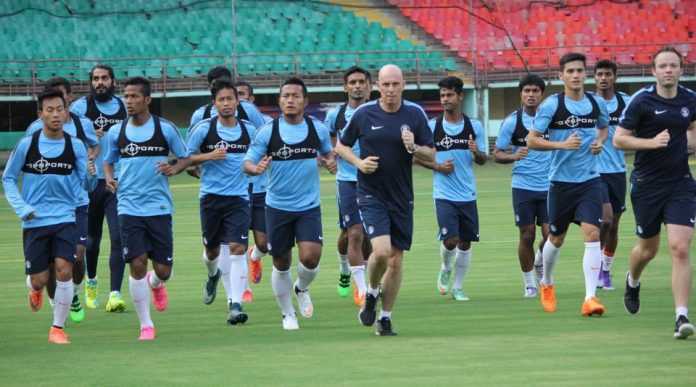 As India achieved their second-best FIFA Ranking ever by reaching at 96th spot and as connoisseurs start to mention about coach Stephen Constantine having a ‘magic wand,’ the man himself has insisted that it is all about teamwork.

“I don’t think it’s going to anything do with magic. It’s just a respect for my job and respect for my players, as much it’s the respect for the people around me. These are the key ingredients to any National Team moving forward,” Constantine said.

India’s surge in FIFA rankings continued on Thursday as they climbed up by four places to an unprecedented 96th spot, their second-best ranking of all time.

Constantine, however, refused to get carried away from the recent rankings and result and vowed to focus on the upcoming matches.

“There is always the next game which comes to your mind. So it’s not always possible to enjoy the moment. That’s how life is as you are always trying to get better. People may be tempted to go crazy with the recent rise in Rankings and the results, but we cannot get carried away,” he said.

“If you look at the current Team that started in our last two matches against the Kyrgyz Republic and Nepal, seven from the first XI have been introduced through a process in the last two years. That’s what satisfies me – the immense progress that the boys are making. I did the same thing in Rwanda, Malawi, Sudan, Nepal and even the first time I coached India,” said Constantine.

The Gurpreet Singh Sandhu-led side were ranked 171 when Constantine took over as the national team’s coach for the second time in February 2015. Since then, India have moved up by 77 places in the rankings over the last two years.

When quizzed about his second stint with India, Constantine said, “I was here some ten years prior and at that time no one knew me. I have always had an emotional attachment with India.”

“Having said that, 2015 was the first year after the Indian Super League was launched. I could foresee a change coming as Indian Football had itself decided that it needed to change. I felt that I could help them go forward. Luckily, Mr. Patel also thought the same,” he added.

India, who are currently on 341 points and are seven behind 95th placed Cyprus, have now won 13 of their last 15 matches and are unbeaten in the last eight matches.

India will now face Macau in the third round of the Asian Cup qualifying clash on September 5.