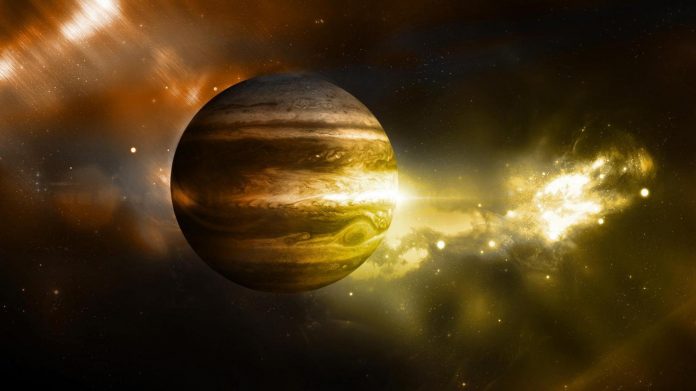 A team of researchers has identified a cosmic barbecue, where 60 potential new “hot Jupiters” are glowing like coals on a grill while orbiting only 1% of Sun-like stars. Hot Jupiters constitute a class of gas giant planets located so close to their parent stars that they take less than a week to complete an orbit. Researchers Sarah Millholland and Greg Laughlin identified the planet candidates via a novel application of big data techniques.

They used a supervised machine learning algorithm, a sophisticated program that can be trained to recognise patterns in data and make predictions, to detect the tiny amplitude variations in observed light that result as an orbiting planet reflects rays of light from its host star. “Sarah’s work has given us what amounts to a ‘class portrait’ of extrasolar planets at their most alien,” said Laughlin. “It’s amazing how the latest techniques in machine learning, compounded with high-performance computing, are allowing us to mine classic data sets for extraordinary discoveries.”

ALSO READ: Got sunburn? This is the best medicine you can use

Millholland and Laughlin searched systematically for reflected light signals in the observations of more than 140,000 stars from four years of data from NASA’s Kepler mission. The Kepler spacecraft is best known for enabling the detection of thousands of exoplanets that transit their host stars. During a transit, a planet passes in front of a star and causes a periodic dip in the observed starlight.

Reflected light signals can be difficult to distinguish from stellar or instrumental variability, the researchers said, but a big data approach enabled them to pull out the faint signals. They generated thousands of synthetic datasets and trained an algorithm to recognise the properties of the reflected light signals in comparison to those with other types of variability.

The Yale technique pioneers a new discovery method that identifies more planets from the publicly available Kepler data said the researchers. “I’ve been told by members of the Kepler science team that a search for reflected star-shine was part of the early renditions of the Kepler pipeline,” Millholland said. “They called it the Reflected Light Search, or RLS module. In this sense, we’re simply addressing one of the original intentions for the Kepler data.”

The reflected light signals hold rich information about the planets’ atmospheres, according to the researchers. They contain characteristics such as cloud existence, atmospheric composition, wind patterns, and day-night temperature contrasts. The researchers also note that the 60 planet candidates will require follow-up observations for confirmation. This will come in the form of Doppler velocity measurements.

The Doppler velocity method is a well-established technique that enables the detection of wobbling motion in a star due to the gravitational influence of an orbiting planet. Since hot Jupiters are so massive and close to their stars, the stellar wobbles they induce are large and readily detectable. A new, Yale-designed instrument known as EXPRES, which is being installed on the Discovery Channel Telescope in Arizona, may attempt to make confirmations later this year. The study appears in Astronomical Journal.