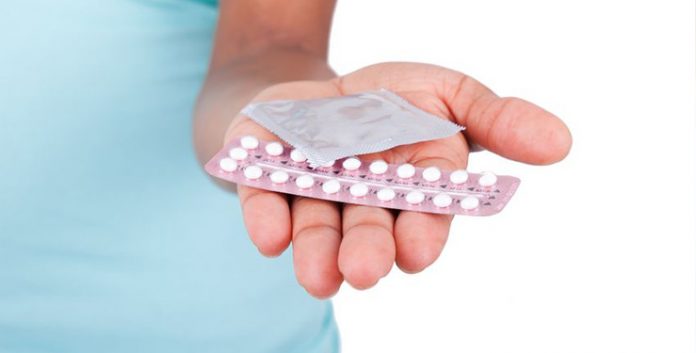 Uttar Pradesh government is all set to launch a new scheme under ‘Mission Parivar Vikas’ on World Population Day, July 11th. This scheme will provide newly weds with ‘shagun’ (ceremonial offering) in the form of contraceptives.

To be distributed through neighbourhood ASHA workers, this will be a kit that promotes Family Planning, that includes condoms, oral contraceptive pills among other things. It will also contain a letter explaining the concept of family planning and importance of gap between child births. This initiative is to stabilise the booming population of India.

ALSO READ: UP Govt. to link electricity payment with Aadhar

“The aim is to prepare newly wed couples about responsibilities of married life,” said Avneesh Saxena, project manager of Mission Parivar Vikas. The ‘nayi pahal kit for newly weds’ is a box containing packets of condoms, emergency contraceptive pills, general oral contraceptive pills, besides other items of use for the bride and groom. He added,  “A pack of towels and handkerchief, nail-cutter, comb and mirror set that will come handy to both the groom and the bride,” will be included in the kit. It will also contain information brochures on family planning and spacing along with FAQs on various issues in simple language will also be a part of the kit.

However, a large portion of the population cannot read. To counter that problem  UP National Health Mission director Alok Kumar said, “The kits would be presented by ASHA workers and they will brief couples about everything. They will also help clear doubts that may follow after the couple reads the document or it has been read out to them.”
ALSO READ: UP govt. sanctions transfer of 67 IPS officers
Implementation of this scheme will require extensive work by the ASHA workers, whether communication is concerned or distribution, according to data from the current National Family Health Survey. NFHS-4 shows that merely 12% health workers have spoken to female non-users about family planning. Alok Kumar said in response to this that authorities at the community/primary health centers will have to maintain details of the kits given while all ASHA workers will have to maintain record by taking feedback from the couples.
“The measure is welcome in a state where sex education is taboo despite a pressing need,” said Anshumali Sharma, a social activist associated with Childline.
ShareTweetGoogleWhatsappPrint
Mail