New Delhi: Prime Minister Narendra Modi on the final day of his three-day visit to Israel with his Israeli counterpart Benjamin Netanyahu visited Dor beach where he was shown the state-of-the-art desalination plan. Both the leaders were seen talking to each other while enjoying the light breeze at the beach. 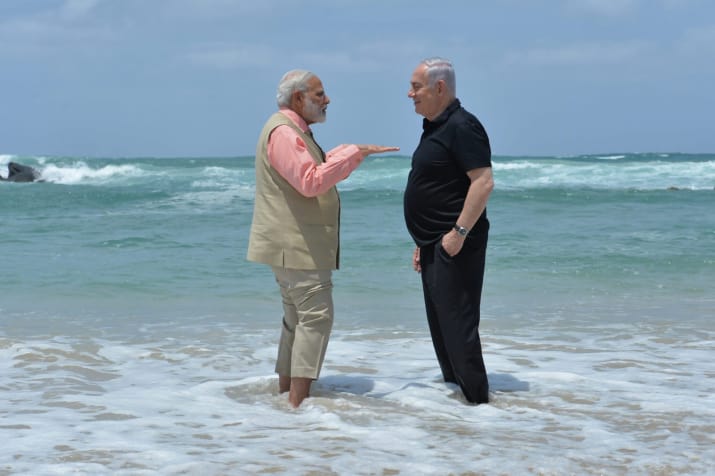 Both the leaders were seen talking to each other while enjoying the light breeze at the beach. 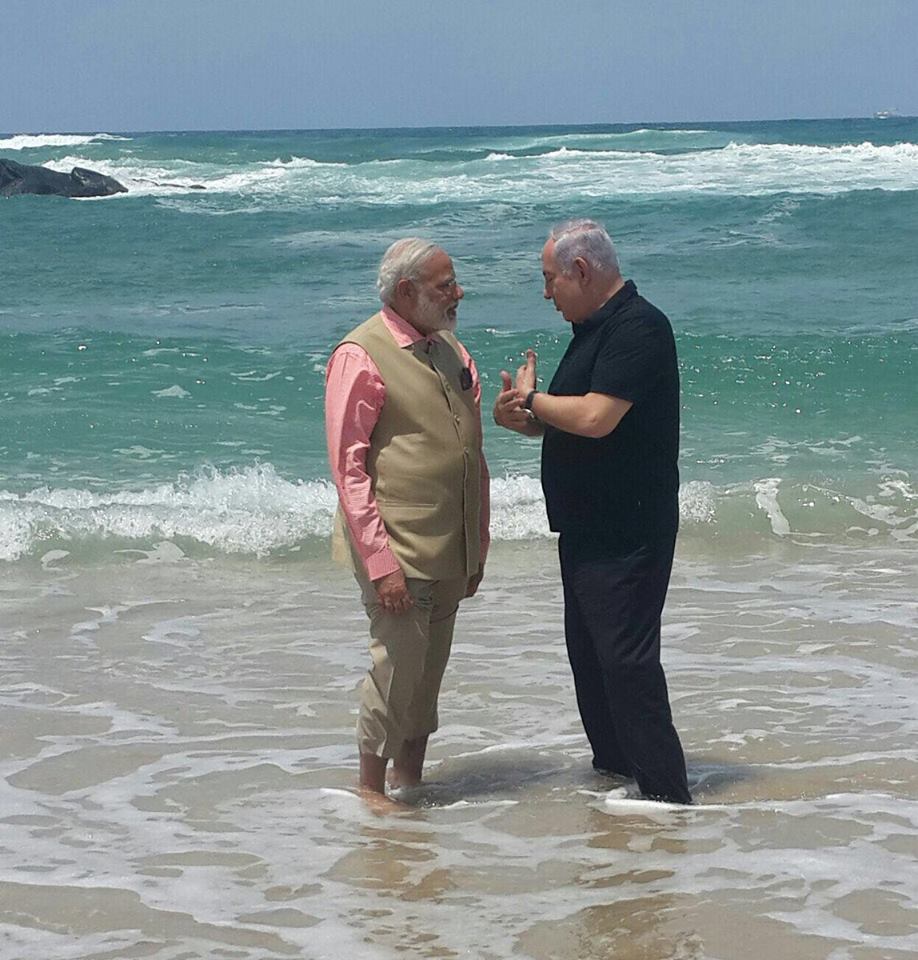 Last year, India and Israel had signed an agreement on desalination when the Israeli President Reuven Rivlin was in the country. During his visit on Thursday, Modi was also given a demonstration of a mobile water filtration plant at the beach.

Earlier in the day, the Prime Minister visited the Indian cemetery in Haifa where he paid his respects to the Indian soldiers who had died during the First World War. He also laid a wreath at the cemetery that contains the graves of Indian soldiers.

He also unveiled a plaque commemorating Major Dalpat Singh, known as the ‘Hero of Haifa’ for his critical role in the liberation of the city. “I am deeply honoured to stand here today to salute the valiant Indian soldiers, who led down their lives for the liberation of Haifa during the WW I,” Modi wrote in the guest book.

“The exceptional bravery and supreme sacrifice of Major Thakur Dalpat Singh MC, the “Hero of Haifa” and his men, will be remembered forever and continue to inspire generations to come. Next year, the centenary of the battle of Haifa will present another opportunity to mark this enduring bond between India and Israel,” he wrote.

The two strategic leaders signed seven agreements related to space, water management and agriculture. Narendra Modi is the first ever Indian Prime Minister who paid a visit to the Jewish state in 70 years. From Israel, the Prime Minister will go to Germany to attend the G20 Summit.