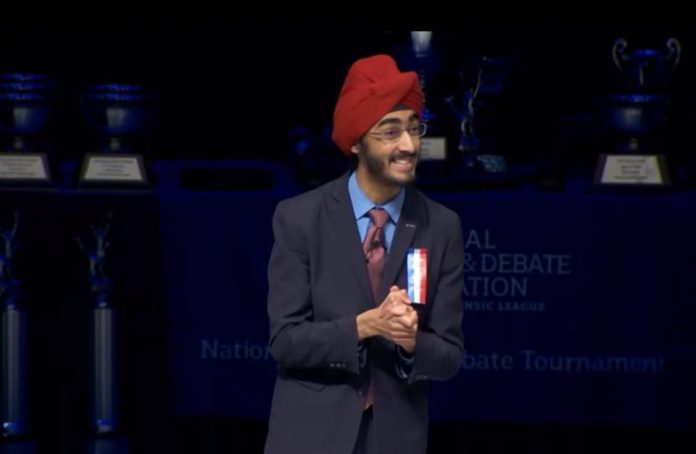 An Indian-American student, J J Kapur in the United States has won this year’s National Speech and Debate Tournament. It is considered to be one of the most significant and prestigious competitions in the country.

Kapur who is from the Sikh community composed his own speech which addressed a social issue, it was titled ‘Let’s Dance’. 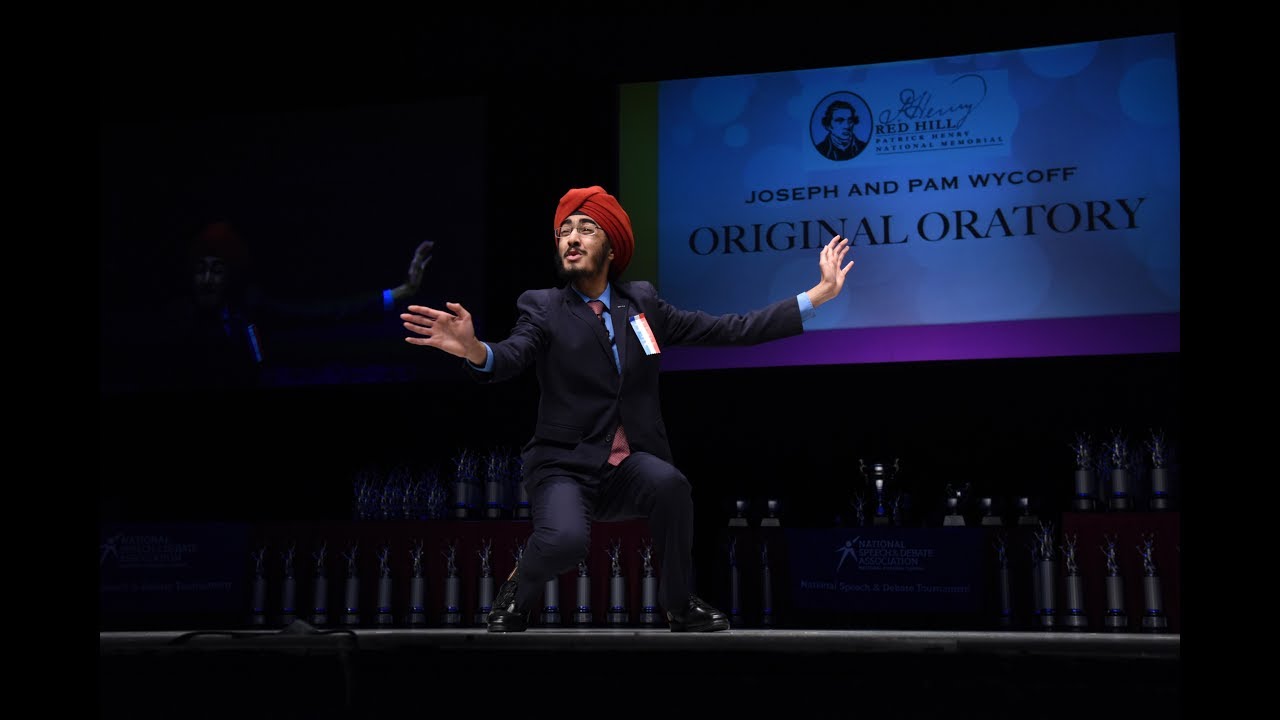 The speech started out with an energetic Bollywood dance and was centred around his personal experiences as a Sikh-American youth. His composition won the competition in the category of original story. He earned top rankings in the semifinal and final rounds of the tournament of champions before earning the championship trophy, according to reports.

In his speech Kapur said, “I found that the story of Bollywood was just that, a story….And this disconnect between story and reality extends far beyond India’s borders. We are a story-telling society. We each seek to provide our scattered and confusing experiences with a sense of coherence, by arranging the episodes of our lives into stories. The problem arises when our complex realities does not match the narrative.”

A resident of Iowa, Kapur shared his personal experiences to highlight the ostracising and stereotyping that Sikh and Muslim communities faced post 9/11 attacks. He was merely 2 years old when these attacks happened. He believed he saw his own father’s face on the television and pointed it out, whereas it was a picture of Al-Qaeda’s former leader Osama Bin Laden.

He recalls his father’s concerns,  “My father was afraid that Americans would see his beard and turban and think ‘terrorist’.” It was a turning point for his father and family who realised the difference how differently people would view them now. 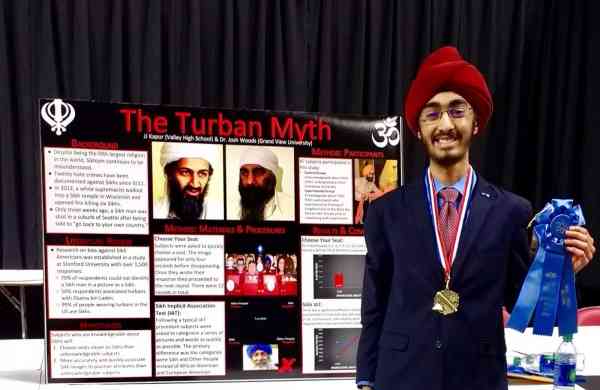 Racist attacks and comments are becoming a norm of the day, especially in the US. Kapur faced a similar attack when a group of strangers mocked him at a restaurant, telling him to “Go home, Osama.”

“I remember thinking, ‘I’m an American. I’ve lived here my whole life. This is my home,” he said.

“As a Sikh minority, I want to use speech and debate to amplify the voice of Sikhs in my community. I want to use the platform I have for advocacy,” Kapur said.

This teenager has already participated in an interfaith panel on hate crimes, contributed a digital story to Drake University religion professor Timothy Knepper’s comparison project, and is continuing to share his story through speech and debate.

His victory caps off a string of high profile awards, including first-place finishes at the Emory University, Minneapple and Harvard University tournaments.

To qualify for this tournament, the debaters have to receive two bids. These are earned through advancing to late elimination rounds at select individual tournaments.

The competition is held annually at the University of Kentucky. The most prominent debaters from individual tournaments compete with each other on the same platform.