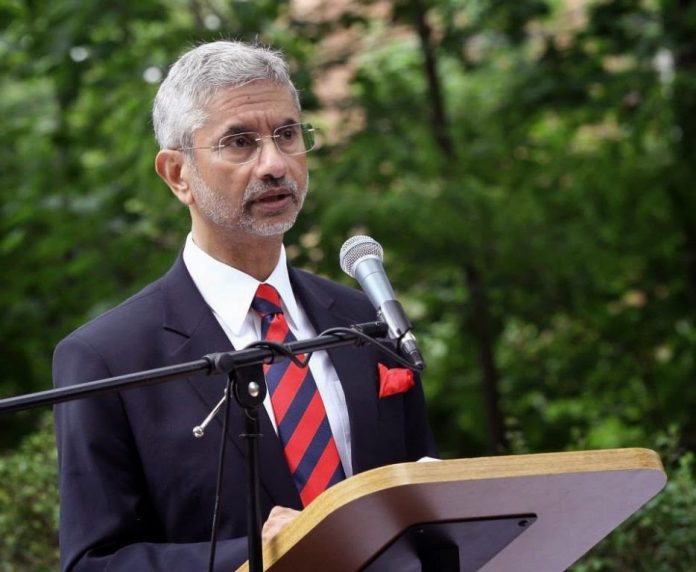 Jerusalem [Israel], July 5 : The strategic partnership in water and agriculture with Israel is aimed at the Indian Government’s goal of doubling farmer incomes by 2022, said Foreign Secretary Subrahmanyam Jaishankar on Wednesday.

“We have announced strategic partnership in water and agriculture and we really think that it has major potential. The key point here that there is a declared goal by the government of doubling farmer incomes by 2022 and that’s only possible through technological advancement,” said Jaishankar at a press briefing.

He added that during visiting Indian Prime Minister Narendra Modi’s talks with his Israeli counterpart Benjamin Netanyahu there was a broad agreement that the fight against terrorism won’t work if it’s very segmented and translated into narrow agendas.

“Being two societies with shared challenges and how do we address those challenges separately, together, working in coordination, those were the major themes of the discussion. The Prime Minister’s visit marks, in many ways, the broad basing of the relationship,” said the Foreign Secretary.

ALSO READ: “We will change the World together,” NaMo and Netanyahu script a new Shalom-Namaste story

He added that Israel is a major development partner in many ways and that it is already a time-tested defence and technology partner.

He further said, “We also have a lot of appetite in defence and security cooperation. We also discussed terrorism field. We have an ongoing dialogue on homeland security and look to further strengthen that.”

“On the people to people side there would be an expansion of air linkages between two countries and announcement of a cultural centre in Israel that we hope to do in near future,” said Jaishankar.

On economic cooperation, he said that a coordinating group would be put in place to look into collaborative possibilities.

He added that Indians are the largest number of foreign students in Israel.

The two countries signed seven MOUs including one between Department of Science and Technology of India and the National innovation Authority of Israel for setting up of India-Israel R&D and technological innovation fund which will provide 40 million dollars for the projects for a period of five years.