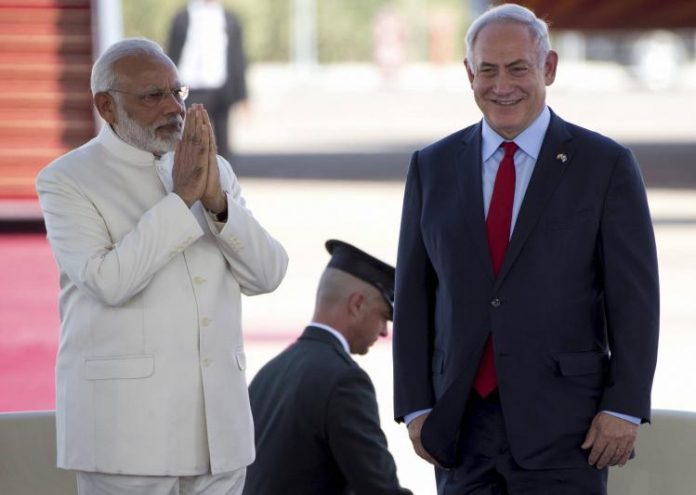 During his inaugural speech, PM Modi remembered the elder brother of Israel’s Prime Minister Benjamin Netanyahu and mentioned his sacrifice in Operation Entebbe.

“Today is July 4. Exactly 41 years ago, since Operation Entebbe. The day, when your prime minister and my friend Bibi lost his elder brother Yonatan while saving the lives of so many Israeli hostages,” Modi said in his brief address at the Ben Gurion airport in Tel Aviv. This speech has left many people with one question, what is Operation Entebbe?

1. Under Operation Entebbe, Israeli commandos were flown about 2,000 miles into the heart of Africa in the scorching heat to bring home over 100 Jewish hostages whose Air France flight had been hijacked to Uganda by Palestinian terrorists and allegedly abetted by Ugandan dictator Idi Amin. Since then, many books have been written and many movies have been made about this operation.

ALSO READ: From the most secure suite to the lavish feasts; Israel leaves no stone unturned for PM Modi

2. Operation Entebbe was later renamed to Operation Yonatan for its commander Yonatan Netanyahu who was killed during the rescue. He was the brother of current Israel Prime Minister Benjamin Netanyahu. The real reason behind Yonatan’s death is still unclear as all the books and movies about the operation have their own version of truth.

3. It is widely believed that Benjamin Netanyahu’s political career started after this operation and got a major boost due to the legendary ‘saviour’ status of his brother’s sacrifice. However, very few people know that Benjamin was also a part of the unit that performed the raid but did not actively take part in it due to the policy that two brothers should not be risked in a single operation.

4. As soon as the Israeli commandos landed in Entebbe, they shot dead all the hijackers. 3 Hercules C-130 transport aircraft followed them and all the hostages were loaded in it after the operation was over.

5. The duration of this entire operation was only 53 minutes with the gun battle going on for only 30 minutes. The Ugandans managed to injure five commandos out of which Yoni Netanyahu was the only one who was shot dead – he ensured each and every one of his men got onto the planes and was reportedly the last man on the tarmac when he was shot. His body was loaded in one of the planes and brought back.